The Devils are pleased to confirm the arrival of Christian Horn as the new full-time assistant coach for the 2022-23 season.  The 29 year old American is a former teammate of Devils’ Head Coach Brodie Dupont.  The two of them played together for a season in 2017-18 for the Norfolk Admirals in the ECHL.

Horn played 5 seasons in the ECHL before retiring from pro hockey as a player after the 2020-21 season.  He was working for a multinational logistics company based in Minnesota while still trying to find the right opportunity to get into coaching when Dupont called to speak to him about coming to Cardiff. 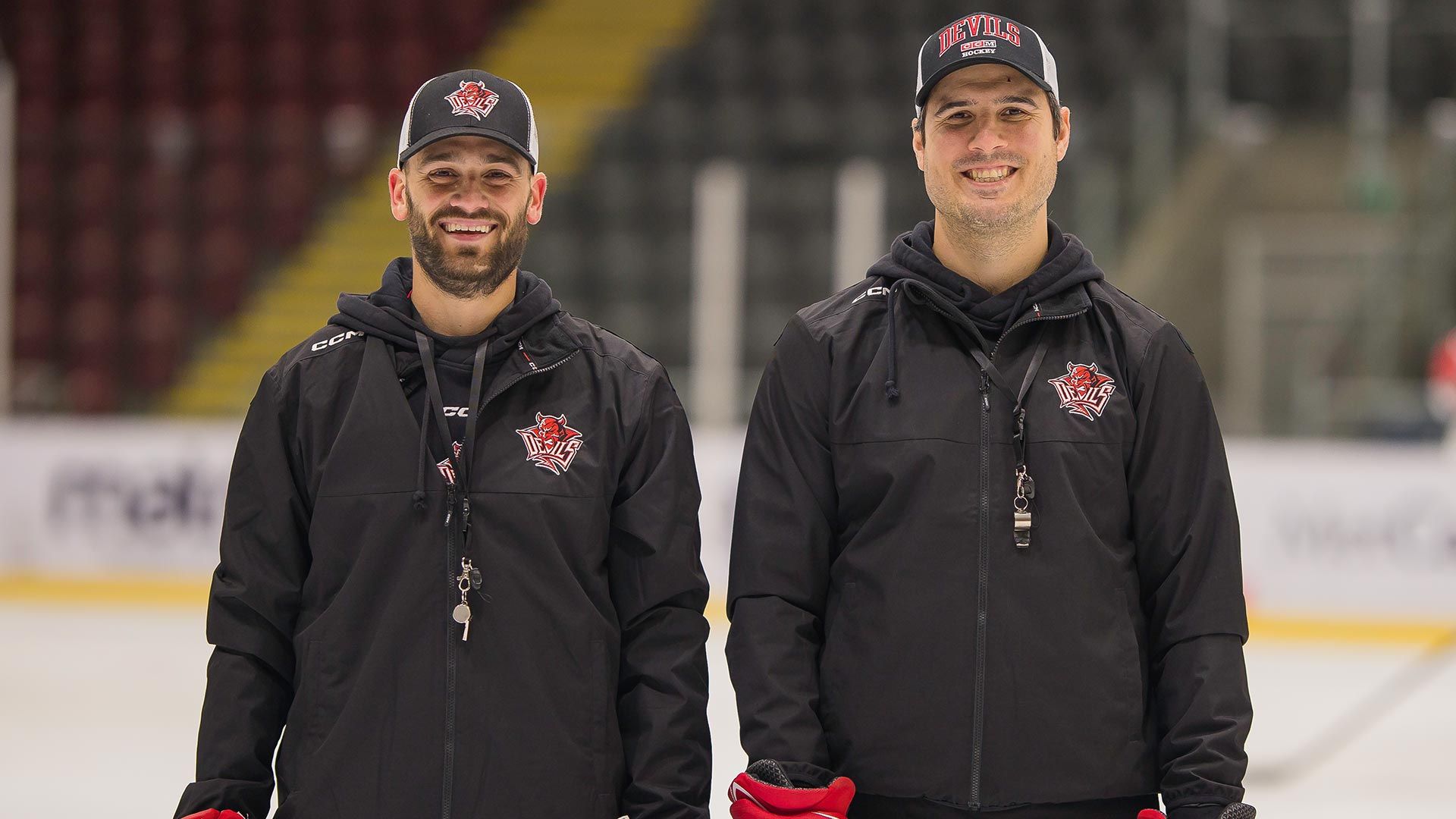 pictured above: Christian Horn with Brodie Dupont at training

“Christian has pro experience as a player and has learned the game under some of the best coaches around.  I played with him so I know what kind of person he is, and I know he will bring a great work ethic and attention to detail to the role,” explained Dupont.

“He wanted to get into coaching when he finished playing and has spent summers working as a skills coach with young players, elite under 16s, for the last few years.” 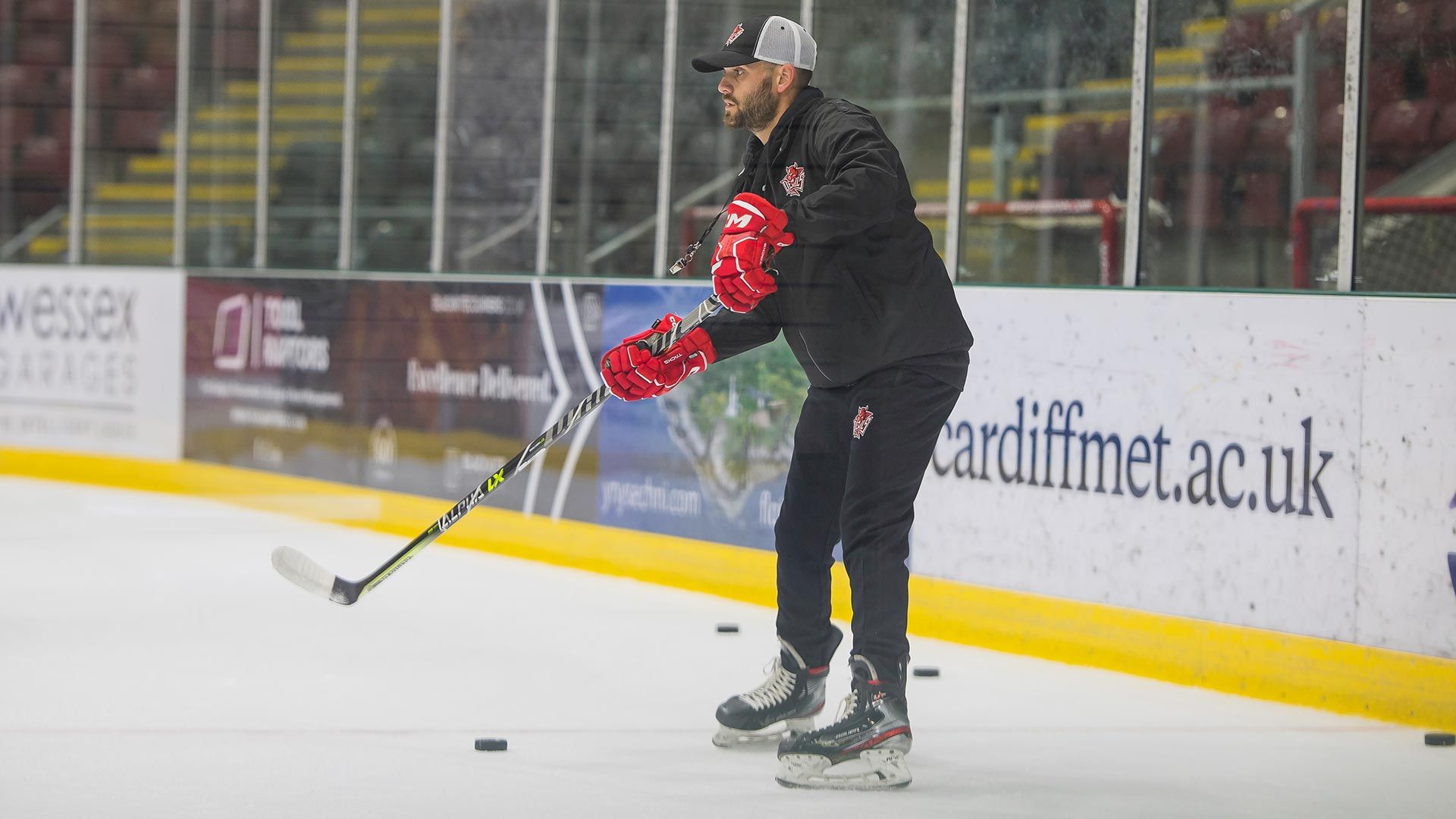 Pictured above: Horn on the ice today at Ice Arena Wales

The arrival of Horn means more responsibility for Neil Francis who will move into the Director of Hockey Operations role for the Devils.  He will remain on the bench for home games and will travel to some, but not all away games.  Francis will also continue to be involved with player recruitment and evaluation.

“Franny was stretched pretty thin last season as he moved back onto the bench while still working full-time outside of hockey.  This season he explained he cannot do the same as last year. He remains part of the coaching staff but will also be the Director of Hockey Operations for the Devils, which means he will continue to help Brodie with player recruitment and ongoing assessment as well as monitor the two-way players in Bristol and Telford. 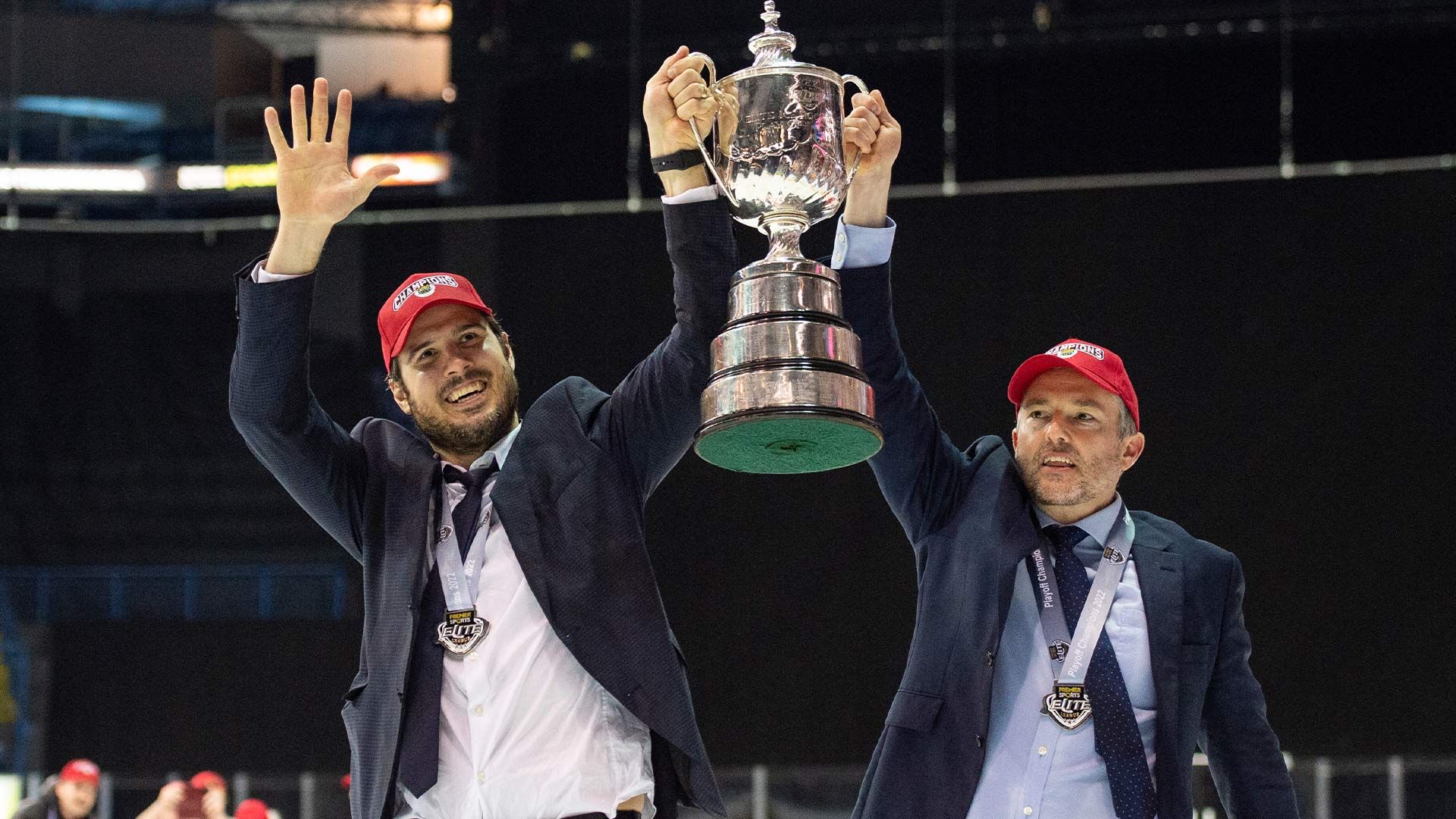 Pictured above: Dupont and Francis celebrate the 2022 Playoff Title

Christian Horn arrived in Cardiff yesterday after finally receiving his paperwork to travel to the UK.

“We actually hired him back in July and he was meant to be here for the start of training camp, but the paperwork that would normally take 3 weeks took 8 weeks,” said Kelman.

“He will be a huge help to our staff.  Brodie is doing everything right now in terms of video prep and practice plans and it was important for us to have a full-time assistant coach this year that can help with the workload.  We are really excited to finally have Christian here and I know he is going to be a massive help for Brodie.”

Christian Horn will be on the bench when the Devils take on the Glasgow Clan on Saturday at 7pm and the Guildford Flames on Sunday at 4pm – CLICK HERE to buy tickets. 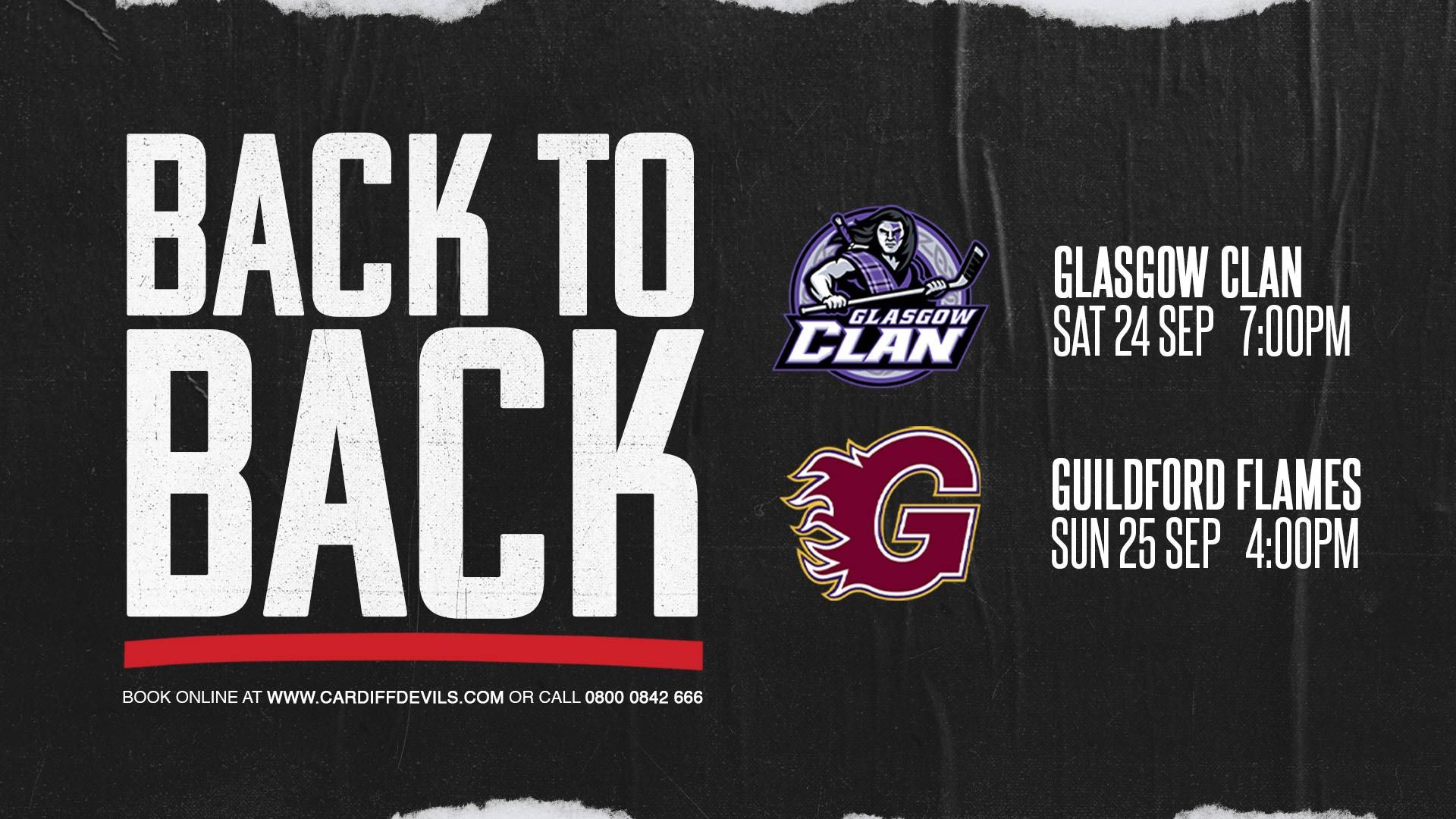 Devils cruise to win over Glasgow

Everything you need to know about Saturday & Sunday

Watch both games this weekend live on Devils TV