Riley Brandt is back for the 2022-23 season with the Cardiff Devils.  The 25 year old forward joined the Devils midway through last season from Grant McEwen University from the Canadian USports League.

He played his first game on January 16th against the Fife Flyers and threw one of the biggest open ice hits of the season on his opening shift.  Despite the game being played behind closed doors, that opening game and the games that followed already had the Devils fanbase talking about the newest signing. 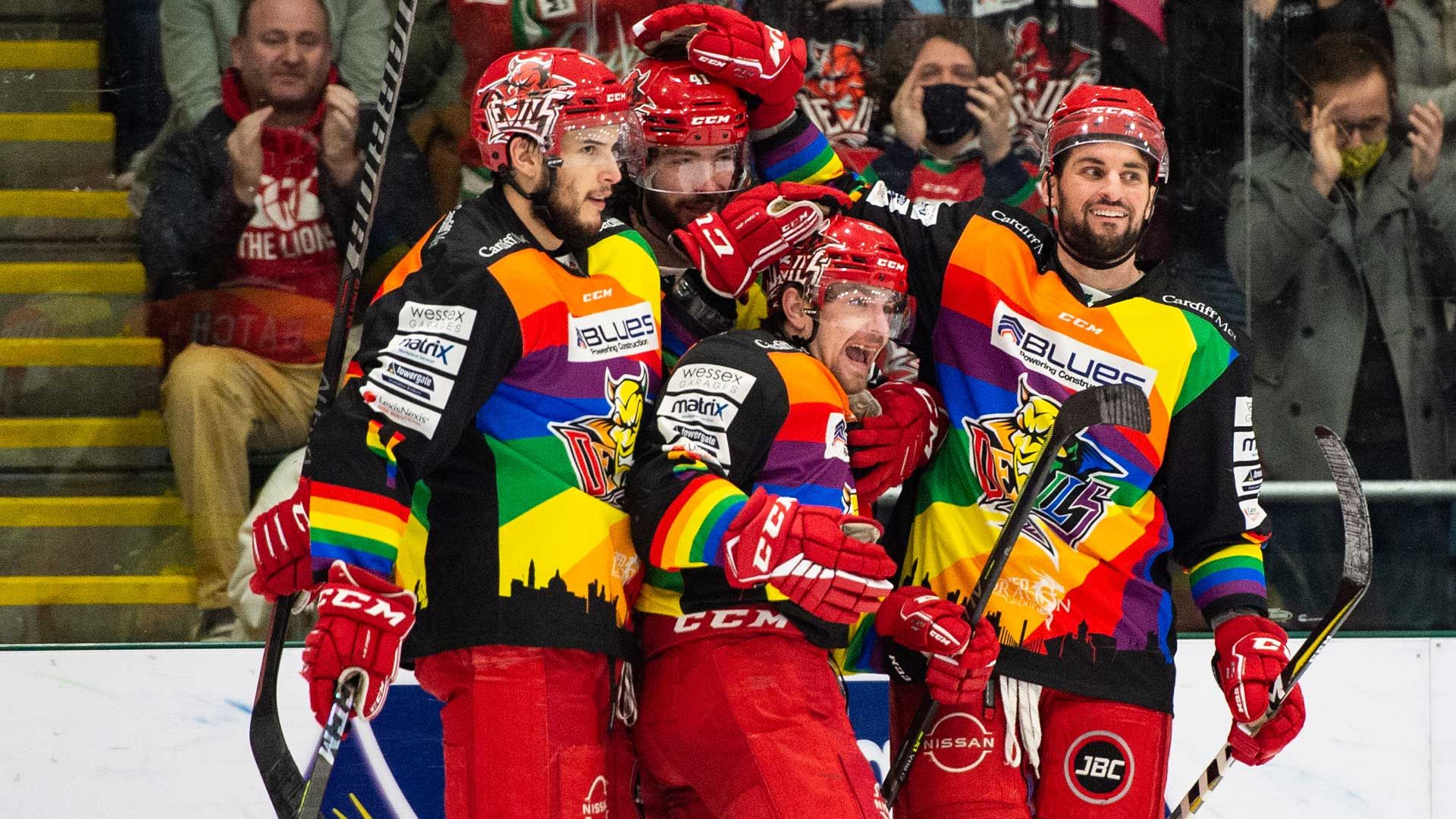 Pictured above: Brandt celebrates his firat goal as a Devil with his teammates (photo James Assinder)

When he scored his first professional goal with ten minutes remaining in a 7-1 win over the Manchester Storm, the home crowd in Ice Arena Wales erupted and gave him a standing ovation.  He eventually went on to play a total of 34 games last season and was voted as the Fan Favourite at the season ending Awards night.

At 5’7” and 170 lbs, he is definitely not the biggest player on the ice, but he just might be the best open ice hitter the Devils have seen since the legendary Max Birbraer played for Cardiff from 2009 to 2014. 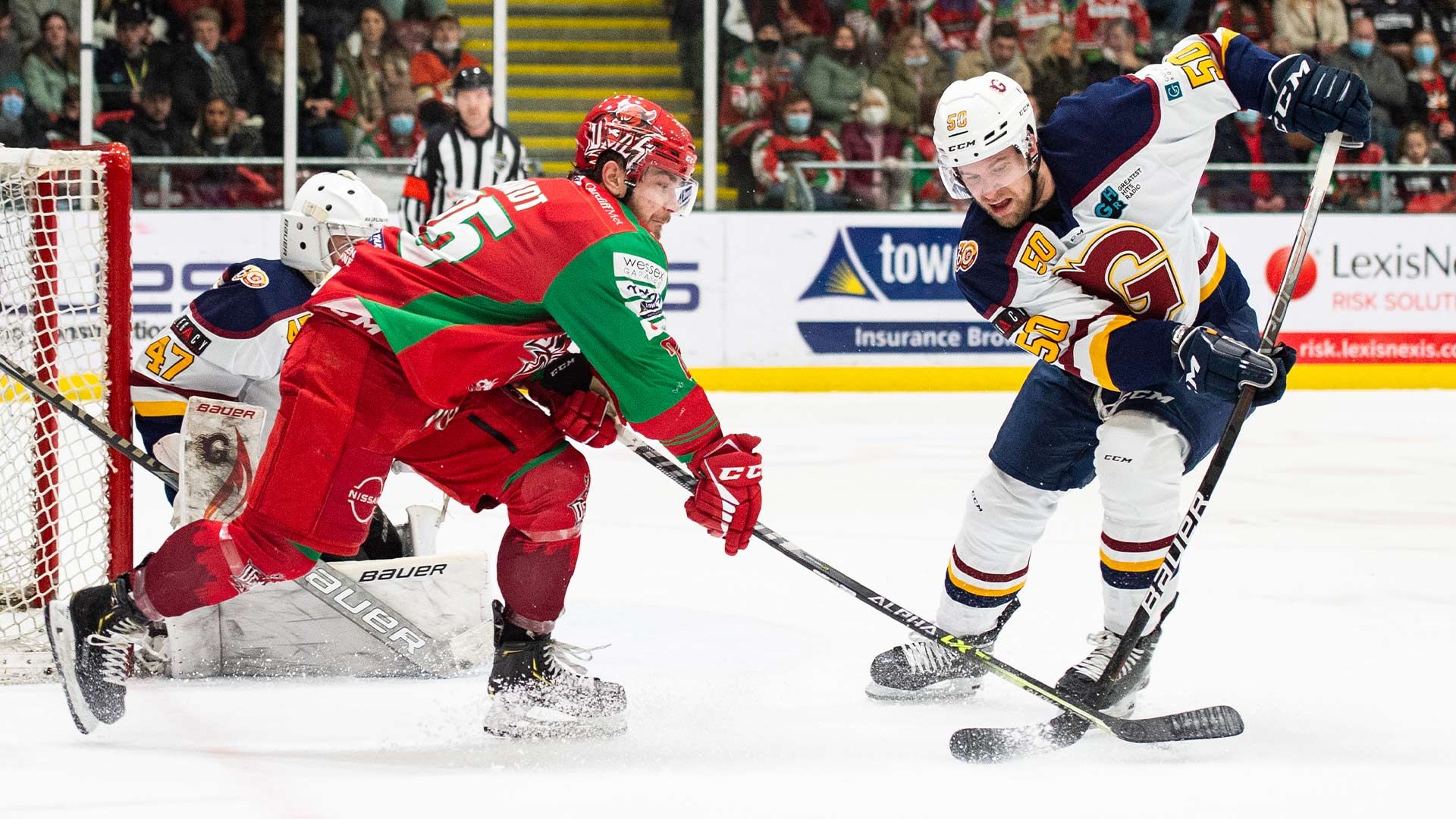 Pictured above: Brandt in action against the Guildford Flames (photo James Assinder)

“Last season was his first year pro and he is just going to get better.  He hits like a train and because of his size, he isn’t going to get called for elbowing or checking to the head.  I have never seen a player run over guys like that before and the fans absolutely love it.

“He is as popular with his teammates as he is with the fanbase, we all love the guy, he brings passion and energy to the rink every day and we know what we are going to get from him night in and night out on the ice.”