Hometown forward signs for the 2022-23 campaign

Pictured above:  Ben Davies in action against the Dundee Stars (photo Dave Williams)

Cardiff’s very own Ben Davies returns for another season with his hometown club after a successful 2021-22 campaign that culminated with a playoff championship, his first major title of his professional career.

Davies started his professional career with the Devils back in 2007-08 and played the next 7 seasons in Cardiff.  He signed with the Glasgow Clan for the 2014-15 season and spent two seasons there before moving to Coventry for a year and then eventually onto Guildford to play for the Flames for 3 seasons. 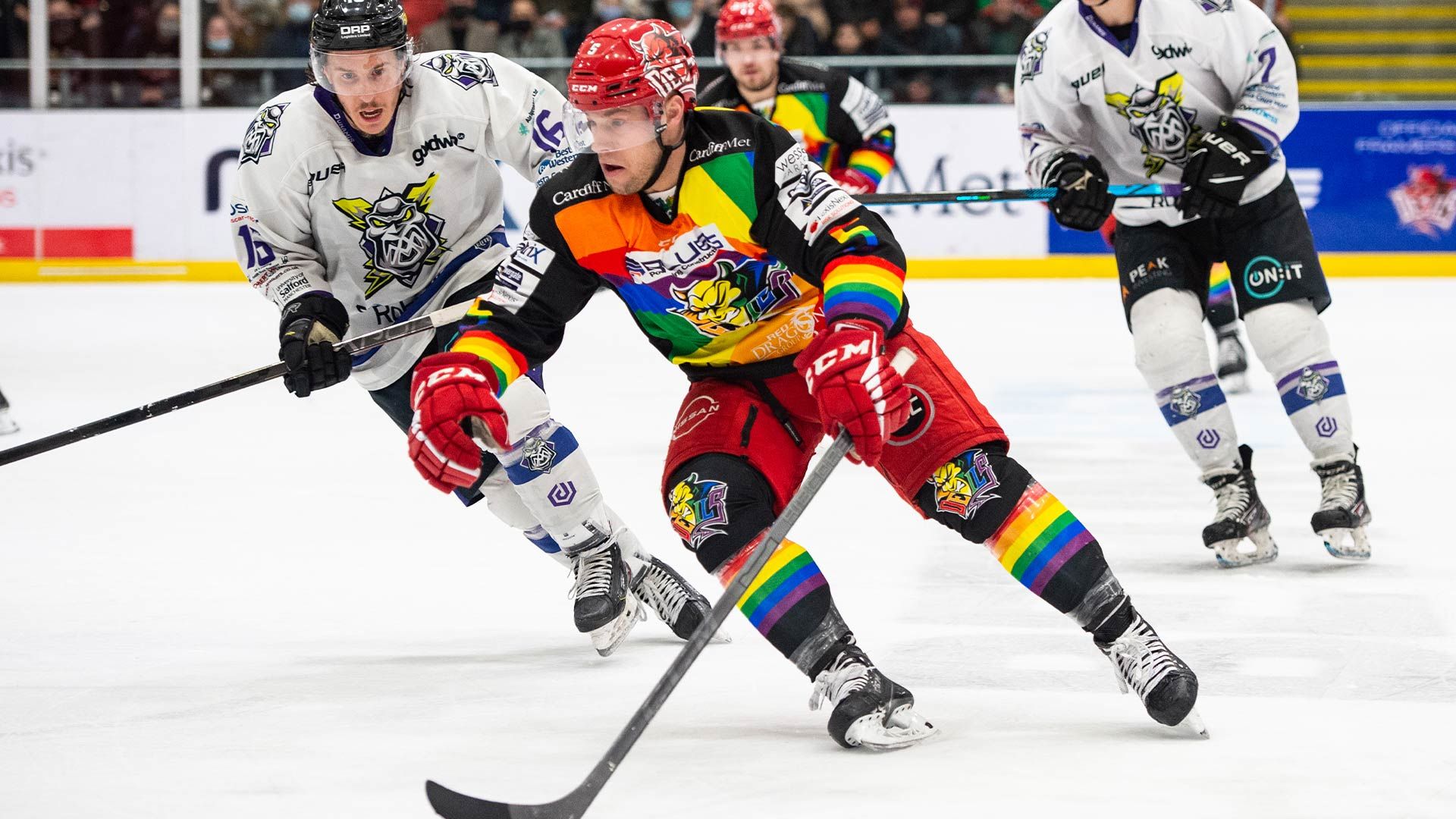 Pictured above: Davies against the Manchester Storm in our annual Pride game (photo James Assinder)

He returned to the Devils after 7 years away from Wales ahead of the 2021-22 season and was once again embraced by his hometown fans.   Last season he cemented himself as one of the league’s top penalty killers and, along with Sam Duggan, helped lead the Devils to the best PK in the Elite League with a success rate of 86.25%.

In 54 league games last season, he scored 5 goals and 10 assists for 15 points and was one of only 4 players to ice in every league game for the Devils.  In fact he played all domestic games in the league, Challenge Cup and Playoffs, only missing 3 Champions League games at the start of the season after testing positive for Covid and being forced to stay home. 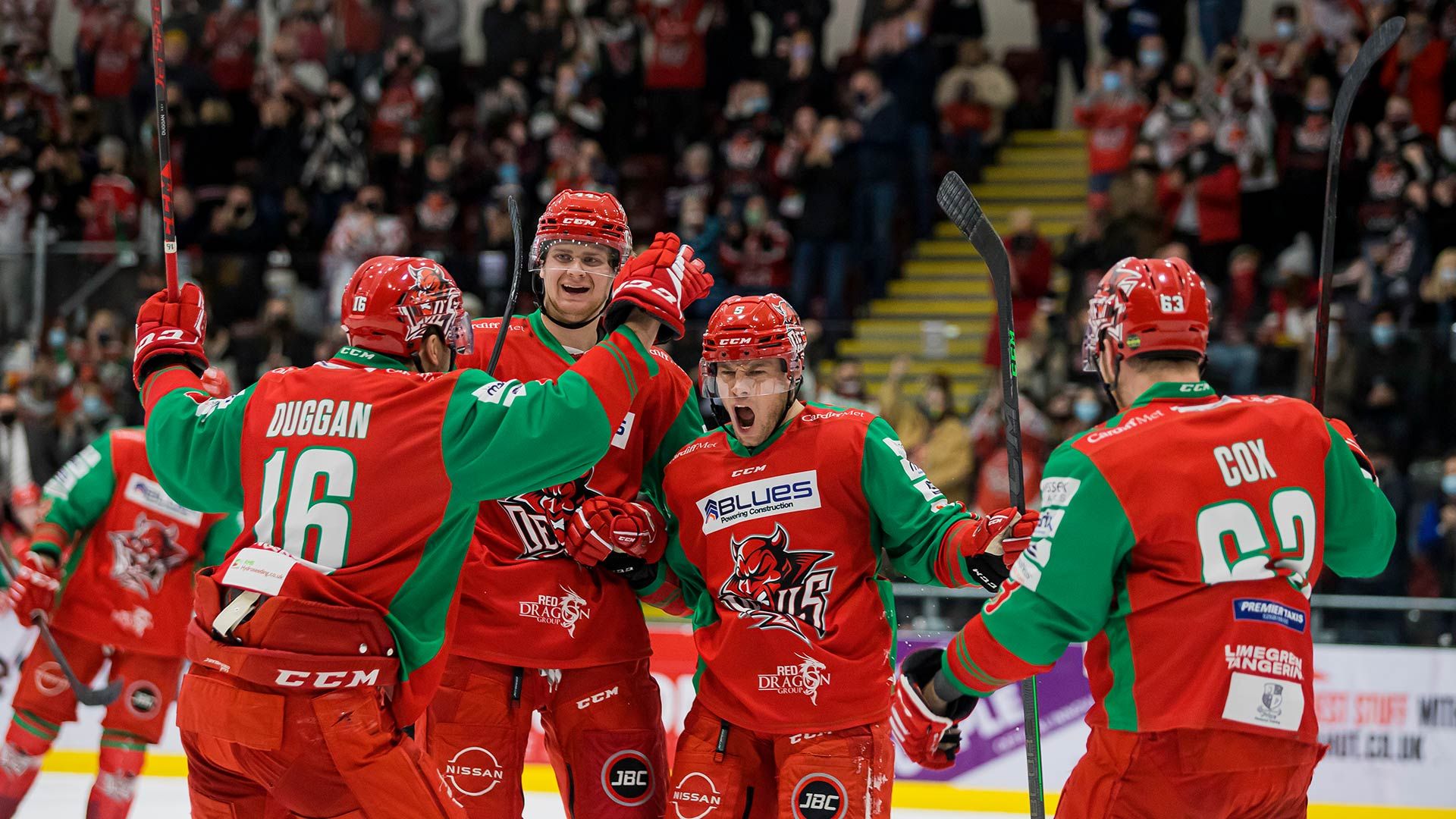 Pictured above: Davies CELEBRATES HIS GOAL against the Belfast Giants (photo Rebecca Brain)

Davies also played for Team GB in the World Championships at the end of the season for the 8th year in a row.

Head Coach Brodie Dupont spoke about what Davies brings to the Devils:

“Benny brings energy and emotion to every game.  He plays so hard, he’s one of our fastest skaters and one of the top penalty killers in the league.

“He plays an important role on this team and plays it so well.  We are pleased to have him back for another season.”