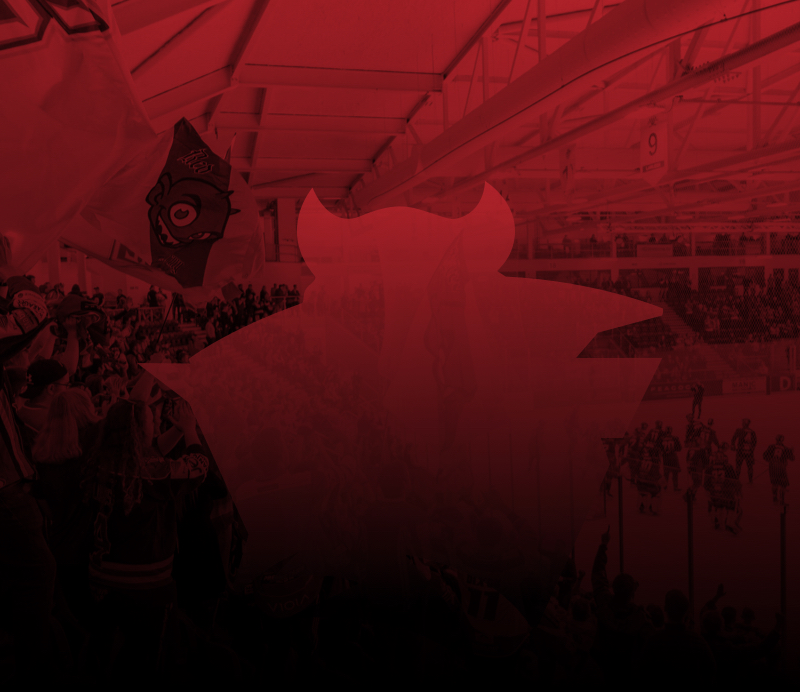 The Cardiff Devils finished off a perfect weekend with a 4-2 win over the league leading Guildford Flames in Guildford on Saturday night.

The Devils opened the scoring in the first period when Blake Thompson’s shot hit Joey Martin in front of the net then Martin spun around and roofed the puck past Taz Burman at 7:43.

At 17:34, the Devils doubled their lead when Ryan Penny threaded the puck through a Flames defender to Justin Crandall who beat Burman to make it 2-0.  The Flames outshot the Devils 14-11 in the opening period, but it was the Devils who held the two-goal lead after twenty minutes.

On the opening shift of the second period Trevor Cox picked off a breakout pass by the Flames and found a streaking Cole Sanford who somehow beat Burman short side shelf to make it 3-0 at 20:51.  With just over a minute remaining in the period, Ben Davies was called for hooking, giving the Flames their third powerplay of the period.  Peter Crinella eventually found Ben O’Connor driving in from the blueline and he beat Kozun to make it 3-1 with 31 seconds left in the period.

The Flames outshot the Devils 26-16 through 40 minutes, but Kozun was the difference, making a number of key saves to keep his team in the lead.

The Flames scored an early goal in the final period when Peter Crinella stripped the puck off Josh Batch and walked in to beat Kozun short side at 41:48 to make it 3-2.  The Flames piled on the pressure for the rest of the period but took a bad penalty in the dying minutes. Turner Ripplinger rocked Josh Batch in the Devils’ defensive zone then fell on top of him and took a roughing penalty to give the Devils a powerplay with just under three minutes to play.

The Devils made this one count with Trevor Cox finishing off a pass from Sanford to beat Burman and make it 4-2 with just 1:40 left to play.  The Flames pulled Burman for the extra skater but could not pull one back and the Devils hung on for the crucial win over the league leaders.

Cox finished with a goal and two assists, but it was Taran Kozun who picked up Man of the Match, stopping 32 of the 34 shots he faced.