Pictured above: Louis hammers a Steelers player in Sheffield during the 2021-22 season (photo Dean Woolley)

Louis originally joined the Devils ahead of the 2016-17 season and made an immediate impact with his defensive ability and no-nonsense style of play.  He finished that first season in Cardiff with a League Championship and a Challenge Cup victory under his belt.

In 5 seasons, Louis has won the League Championship twice, the Challenge Cup once and the Playoff title three seasons in a row.  He has played 280 games for the Devils scoring 10 goals and 36 assists for 46 points.  He also racked up 406 penalty minutes over that period. 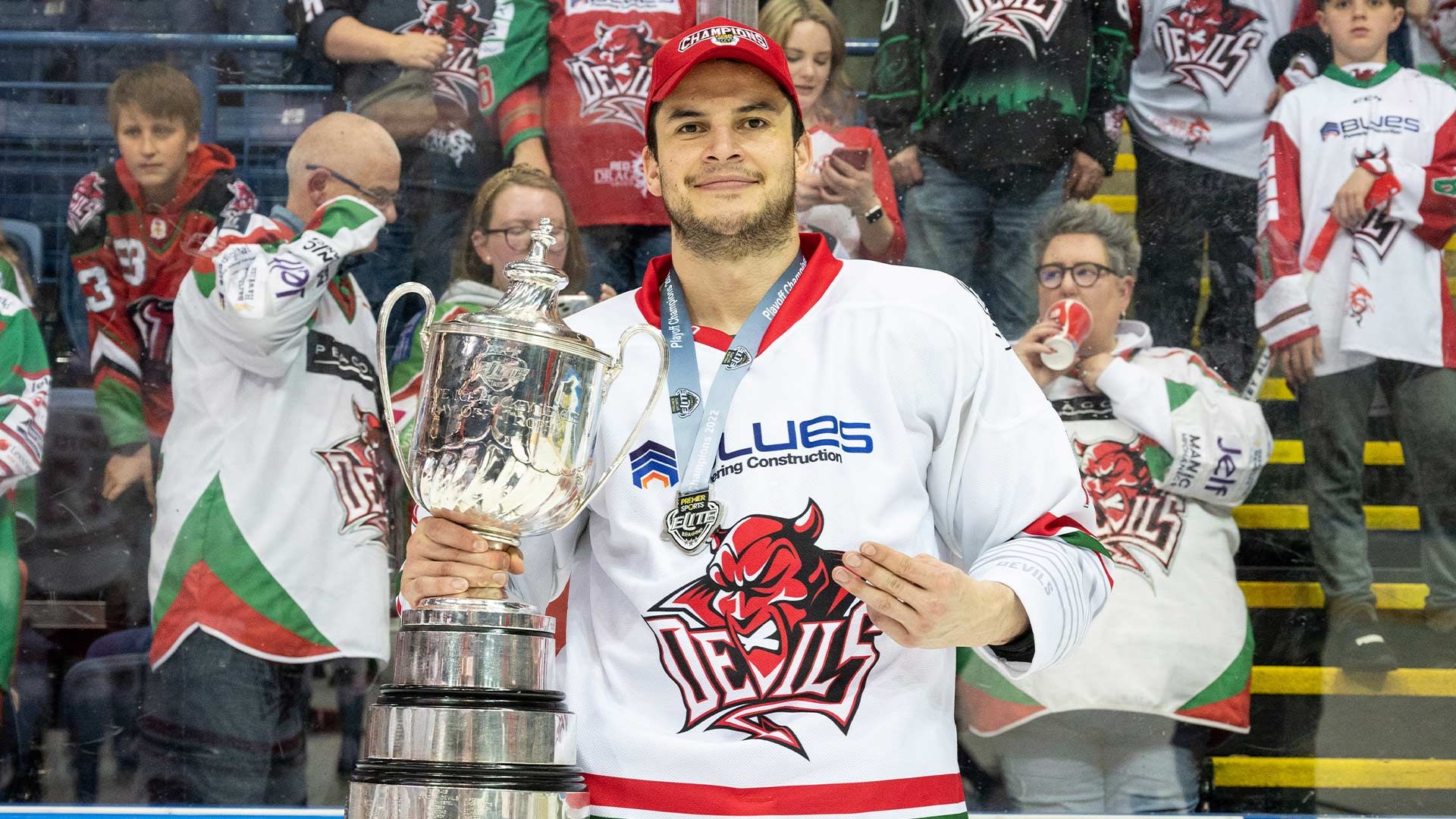 Pictured above: Louis with the Playoff title in May 2022 (photo James Assinder)

Brodie Dupont spoke about signing back Louis for the 2022-23 season:

“Mark is a key part of the winning culture here in Cardiff.  He is one of the league’s best penalty killers and is probably still the toughest player in the league.

“He is so strong along the boards and a beast in front of our net.  The boys love him, they love what he brings to our team and he keeps opposing teams honest every game.  We don’t get pushed around with him in the line-up.” 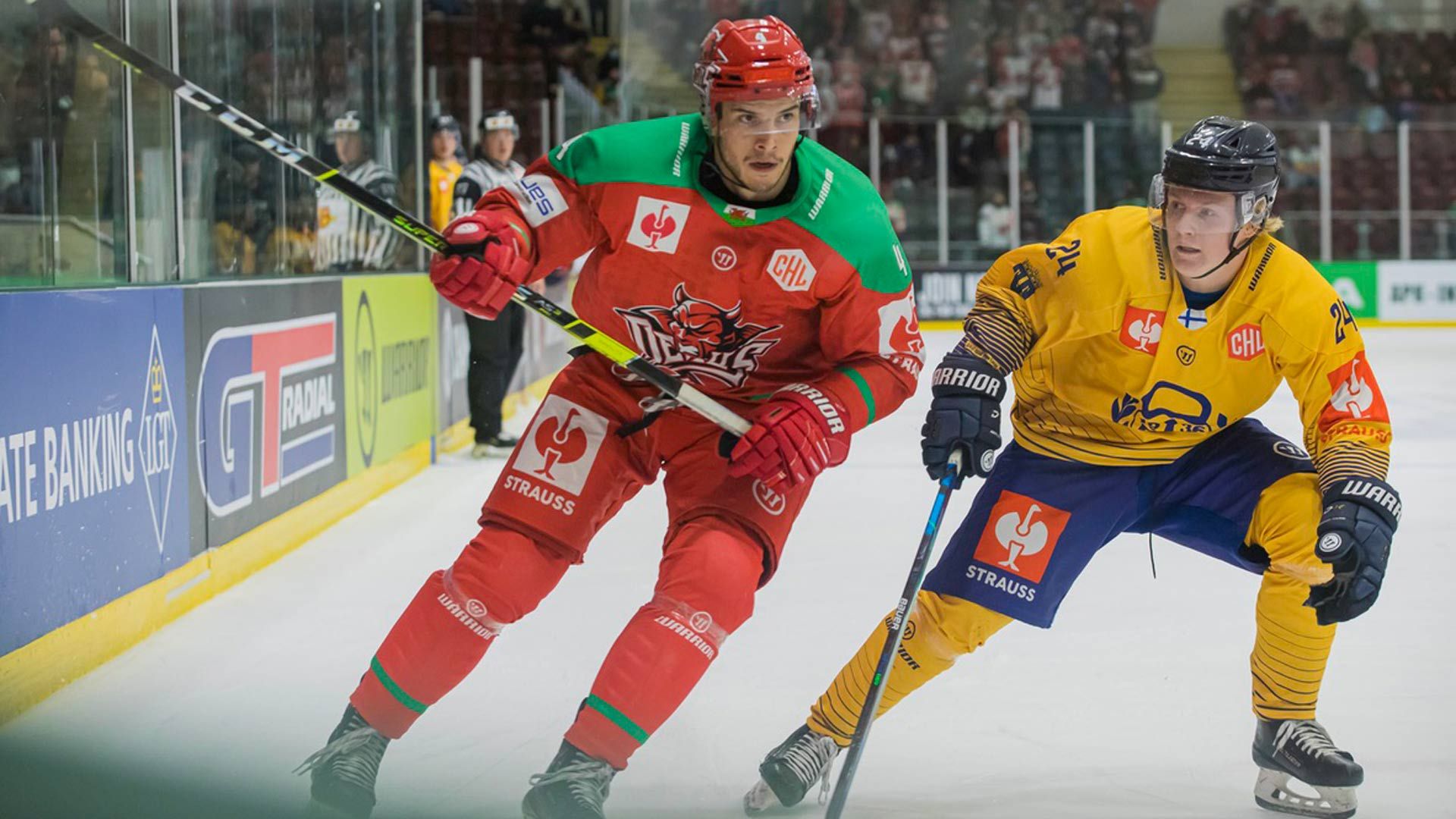 Pictured above: Louis in action against Lukko Rauma in the CHL (photo James Assinder)

Before moving to Cardiff, he played four seasons in the American Hockey League for Portland Pirates and one season for the Orlando Solar Bears of the ECHL.  During the Covid cancelled 2020-21 season, he played for HK Dukla Michalovce in Slovakia’s top league.