Will face Belfast Giants for the Playoff Championship on Sunday

The Cardiff Devils will play for the Playoff Title on Sunday at 5pm in Nottingham after defeating the Guildford Flames 3-2 on Saturday night.

The Devils scored the lone goal of the opening period when Trevor Cox found Cole Sanford in front of the net who slid the puck to Jake Coughler for the finish past Kevin Lindskoug to make it 1-0 at 12:45. 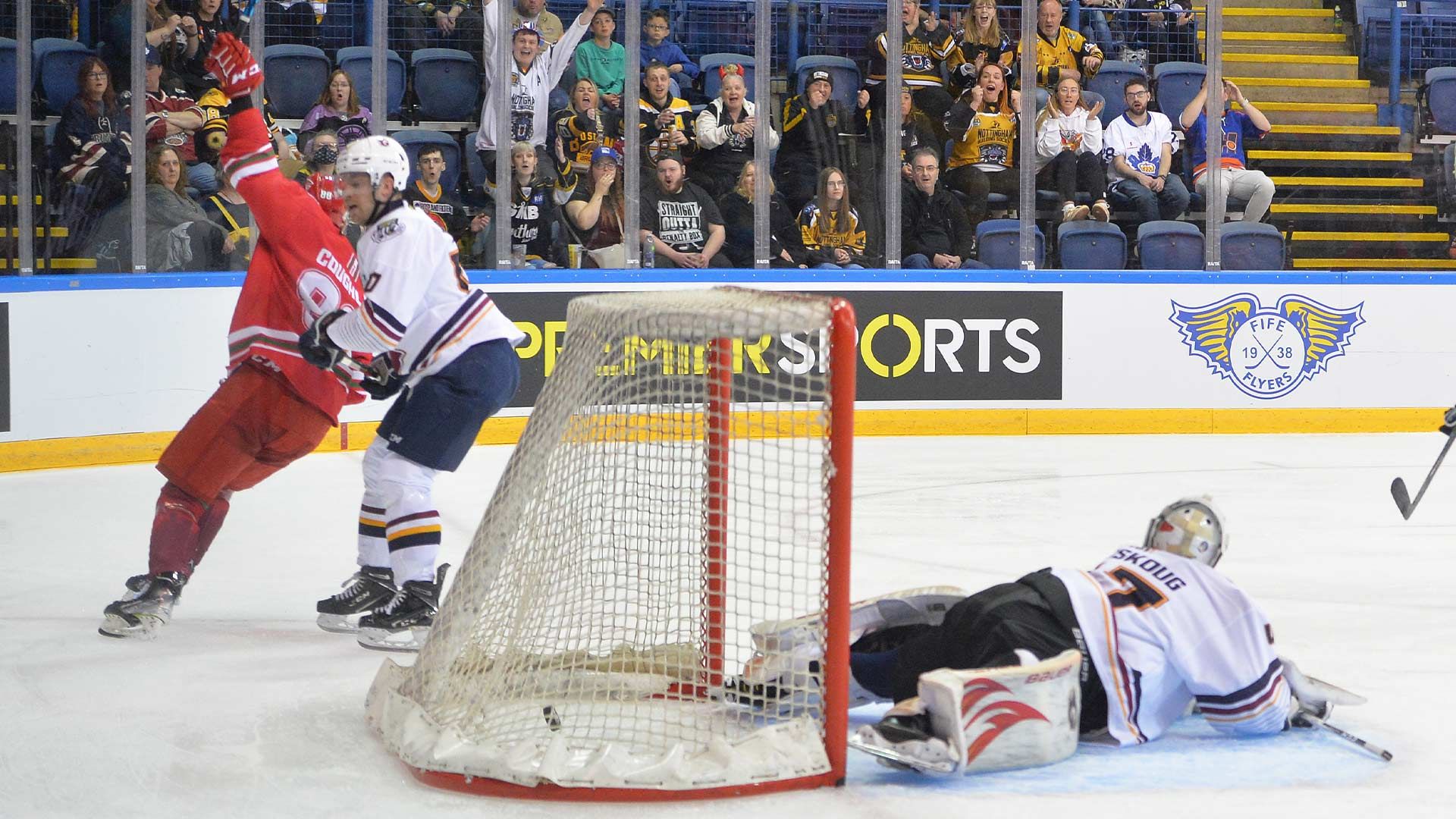 Pictured above: Coughler scores the opening goal for the Devils (photo Dean Woolley)

The Devils held the narrow lead until the dying minute of the second period when Cole Sanford scored on a breakaway from his knees to make it 2-0 at 39:30. 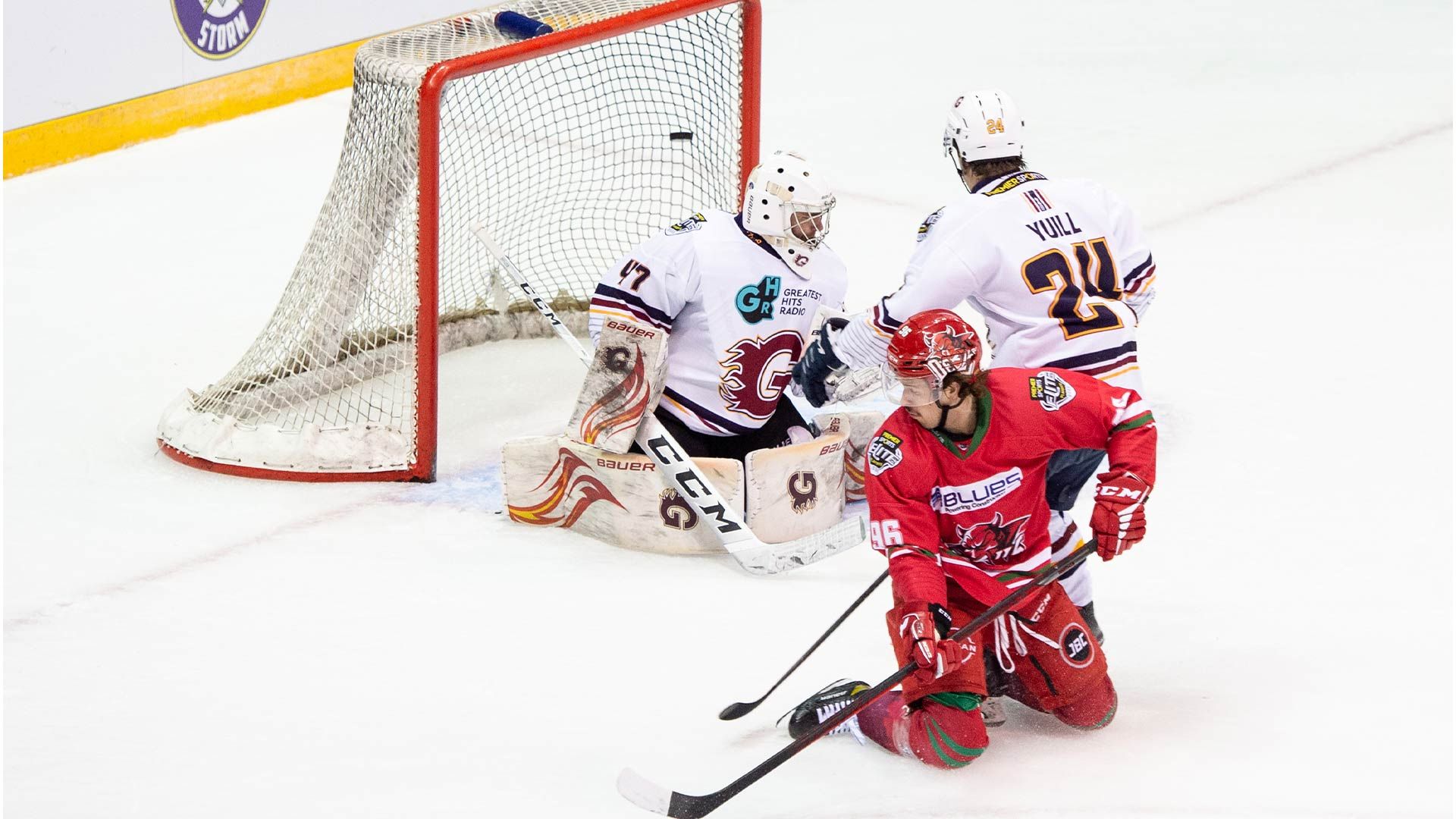 Pictured above: Sanford scores from his knees tro make it 2-0 (photo James Assinder)

The Flames scored early in the third period when Turner Ripplinger tipped a shot from the blueline past Mac Carruth, making it 2-1 at 41:43.  With less than five minutes to play Ripplinger scored again, this time jamming home a rebound past Carruth to tie the game with 4:32 left to play. 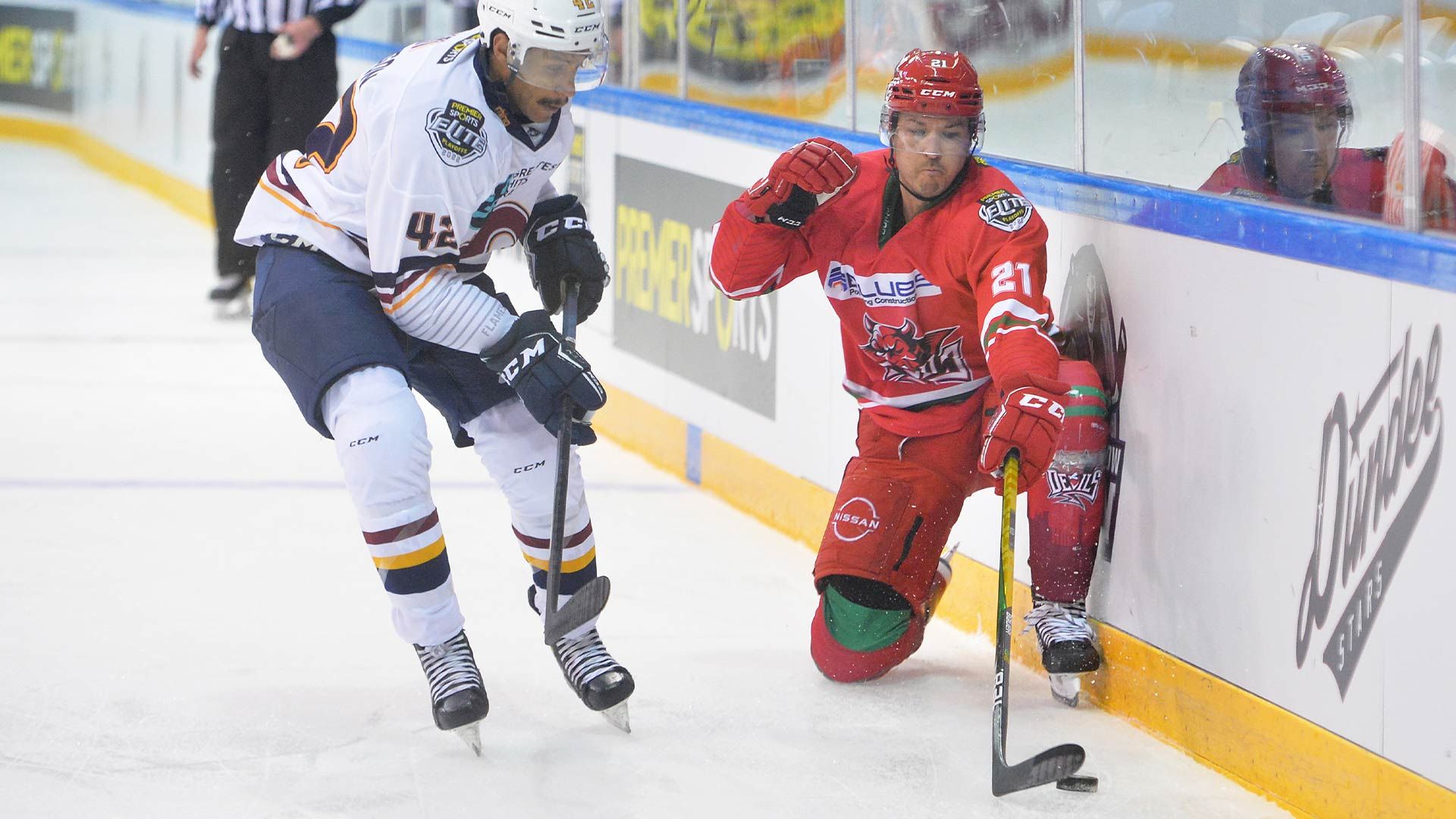 The game looked like it was heading to overtime, but a late tripping call against Guildford’s Ian McNulty opened the door for the Devils powerplay to go to work.  They did just that with Justin Crandall taking a pass from Stephen Dixon and beating Lindskoug at 57:42 to put the Devils up 3-2. 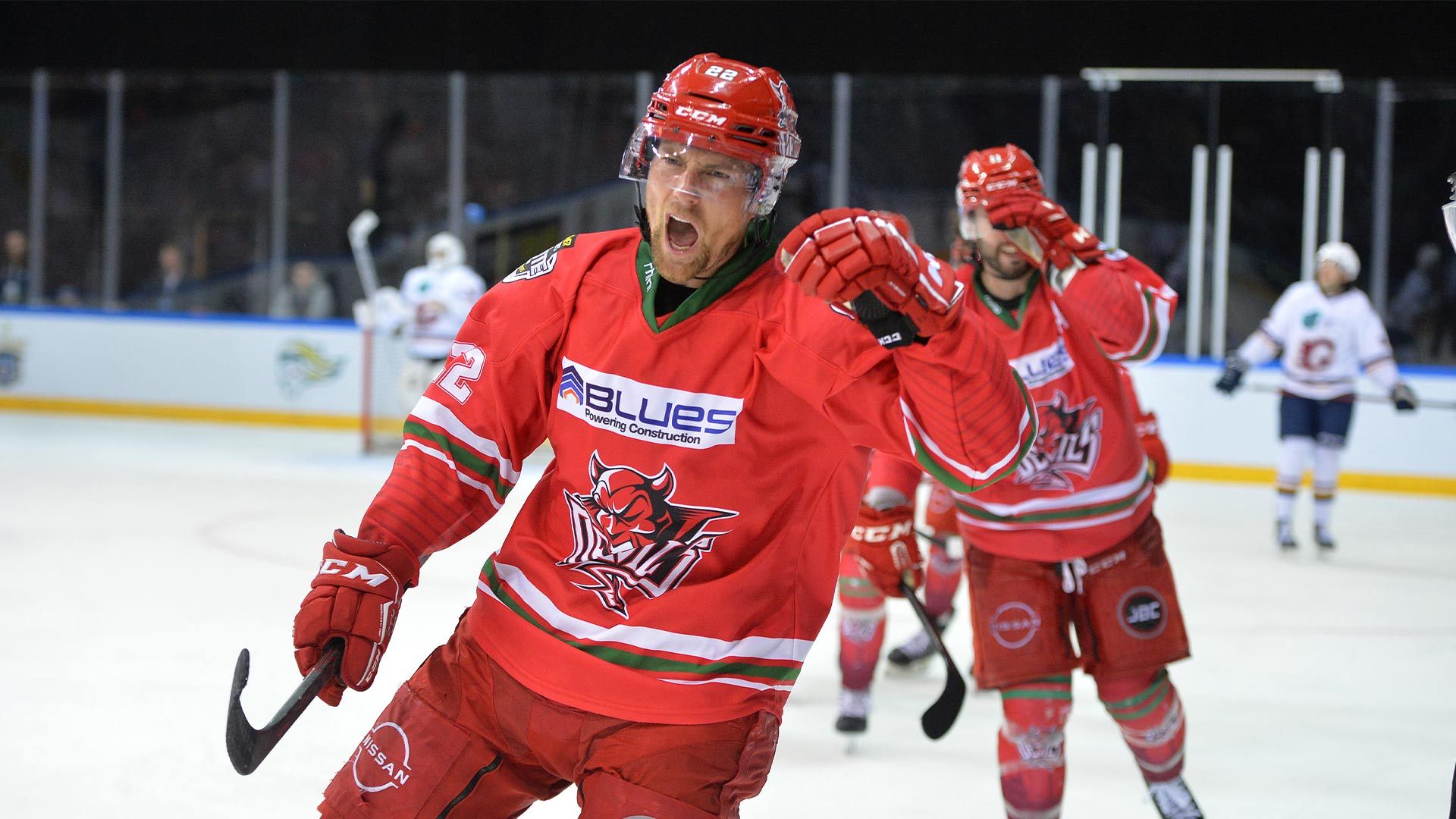 The Flames got a powerplay chance of their own with 50 seconds left in the game, but they failed to convert with the Devils defenders and Carruth blocking shot after shot as the clock ran down.

Carruth finished with 30 saves for the win, Cole Sanford had a goal and an assist and picked up the Man of the Match.

The Devils will face the Belfast Giants in Sunday’s Playoff Championship Final at 5pm, live on Premier Sports.