Former Panther will train with Devils, play for Pitbulls

The Bristol Honda Pitbulls are delighted to announce the signing of former Nottingham Panthers netminder Will Kerlin, who signs on a two-way deal with the Pitbulls and the Cardiff Devils.

Born in Bedford, Kerlin spent his youth career with Milton Keynes and Guildford before jetting off to Canada, playing in the Ontario Hockey Academy for four years. During that time Kerlin was a regular fixture in GB’s youth squads, playing at four different World Championships for GB.

Since returning to the UK from Canada, Kerlin has spent time with England’s two biggest hockey clubs, playing for the Sheffield Steelers pre-Covid before signing in Nottingham for the 2021-22 season. 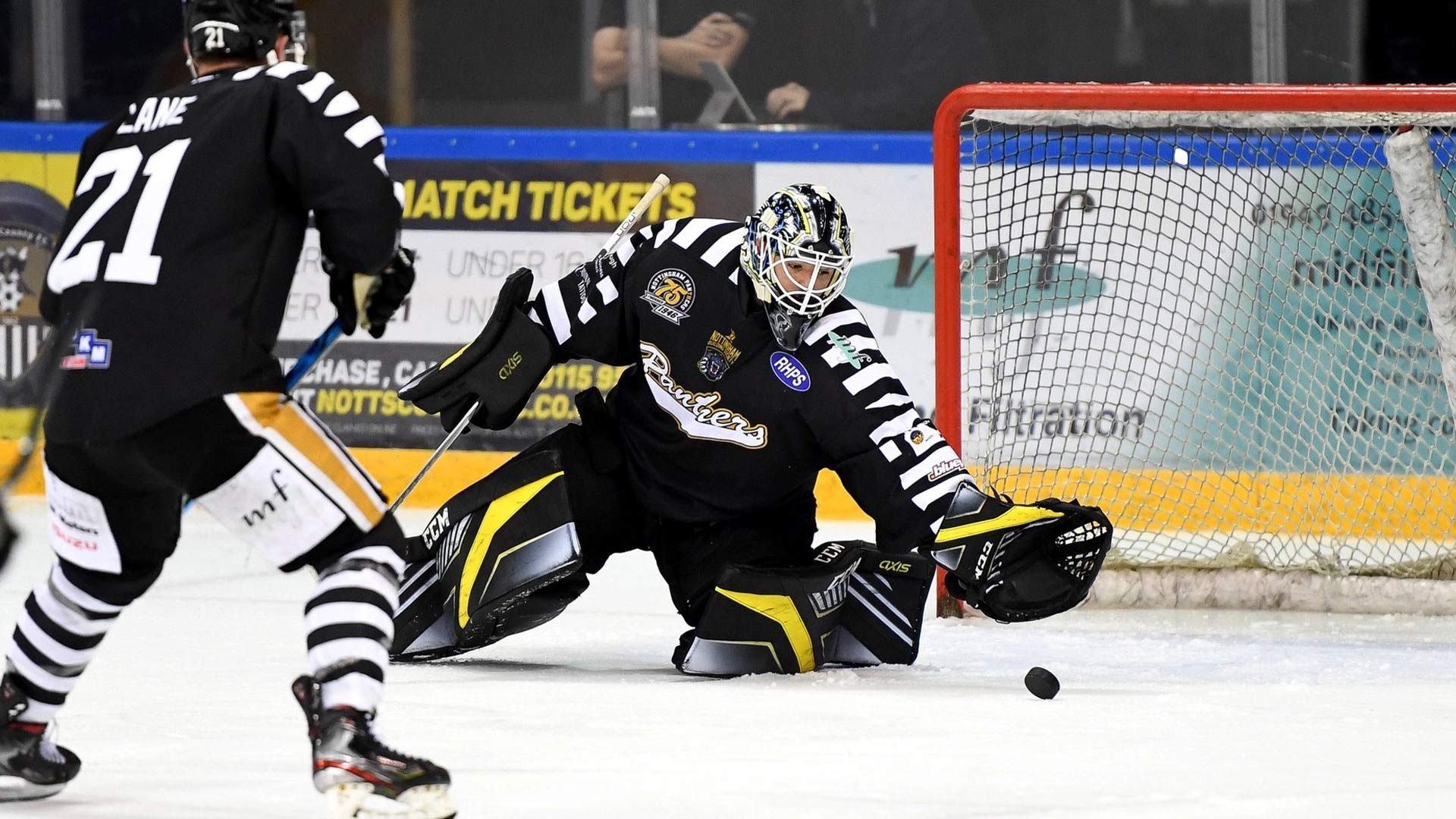 Pictured above: Kerlin in action last season (All photos courtesy of Panthers Images)

Kerlin spoke about signing with Bristol:

“I had several conversations with Jamie Elson and he sold the club to me with what he had to say and his visions for the team. I’ve heard that Bristol is a great city, and the Pound is a great place to play. The attendances have been high at every game and the fans make themselves heard. I am really excited to play in front of them.

“Spending the last couple of years around the Elite League I have gained a lot of knowledge about being a professional player. I have had three very good mentors in Thomas Duba, Ben Bowns and Kevin Carr, who I have learnt a lot from.

“Being able to practise every day with experienced players who have played in leagues all around the world has been very valuable for my development. Also just being able to ice in the Elite League has been very beneficial for me and sets me up well for this season in the National League.”

“We are thrilled to be welcoming Will to the Bristol Pitbulls and complete our Goalie pair for the season ahead. Will was put to us through Ben Bowns who is back with the Cardiff Devils for the year ahead, and someone I lean on for advice and feedback with goalies.

“Bownsy knows Will well and has worked with him a fair bit. He got to be around Will for a few weeks at the end of last season in Nottingham and put in some coaching time with Will.”