Defenceman signs back for his 11th season in Cardiff

Pictured above: Josh Batch is back on the blueline for 2022-23 (photo Dave Williams)

After a decade with the Cardiff Devils, it comes as no surprise that defenceman Josh Batch is back for an 11th season.  The 6’4 left shot defender was selected as Defenceman of the Year in 2021-22 after what was his best season personally since joining the Devils ahead of the 2011-12 season. 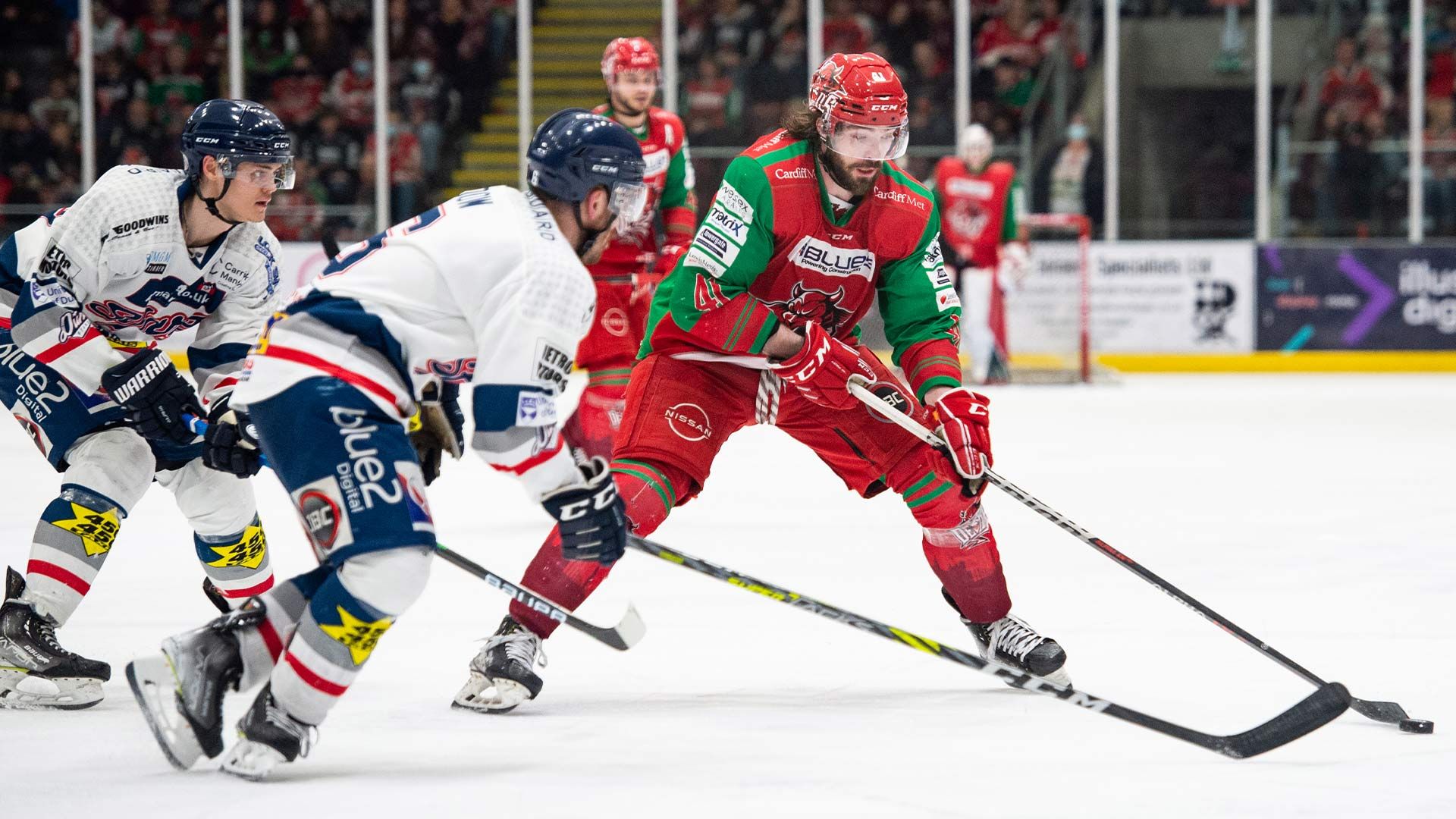 Pictured above: Batch in action against the Dundee Stars (photo James Assinder)

He played every game in domestic competition, 54 league games, 12 Challenge Cup games and 4 playoff games finishing with 8 goals and 17 assists for 25 points.  He also finished with a plus/minus rating of +24. 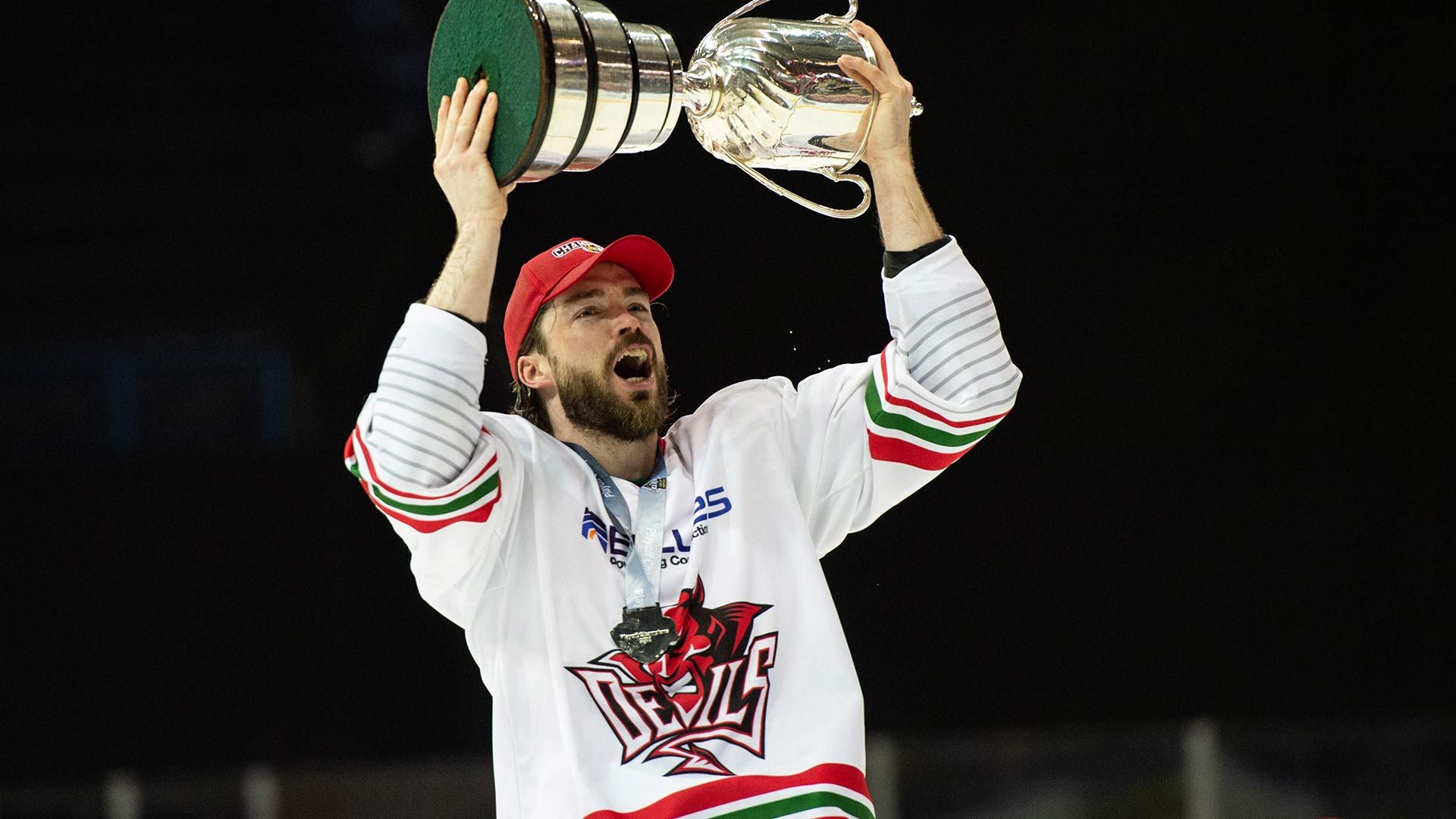 Pictured above: Batch lifts the Playoff Trophy in May 2022 (photo James Assinder)

“Batchy has proven to be a solid all-round defenceman.  He is a big body and hits hard.  He can also skate well with the puck and has a heavy shot.

“I was so impressed with what he brought to the team last season.  He played his best in the big games and when we had injuries, he stepped up and played even more minutes than normal. 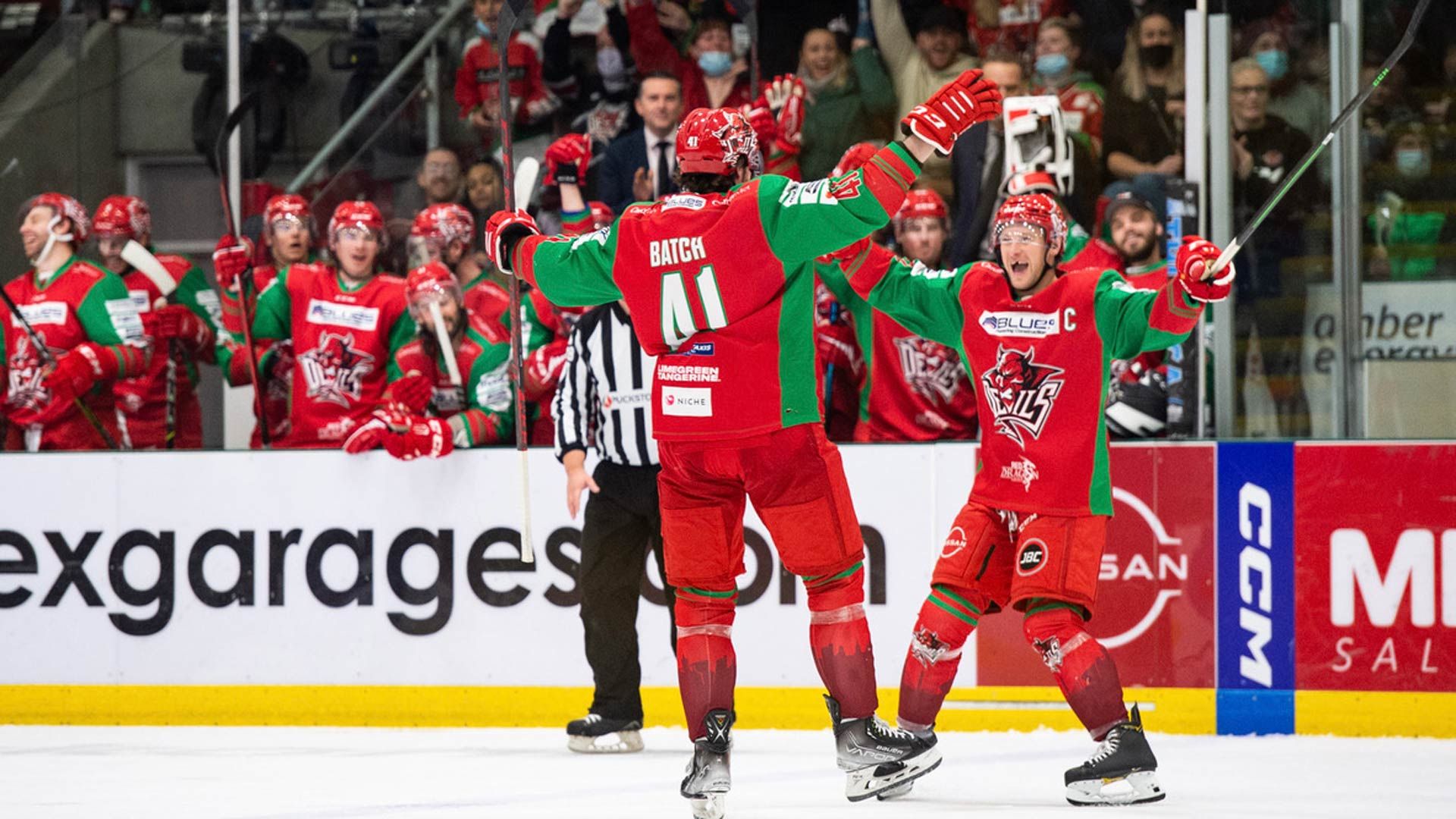 Pictured above:  BAtch celebrates his goal against the Storm with MArk Richardson (photo James Assinder)

“He was rewarded for his great season with a selection to Team GB for the World Championships and he continued his solid play at that level.  I expect more of the same next season and I am very pleased to have him back.”

The 2022-23 season will be Josh Batch’s Testimonial season.  Expect more information throughout the year.