The Cardiff Devils are Playoff Champions for the third time in a row after defeating the Belfast Giants for the Championship on Sunday evening.

It took less than 2 minutes for the Devils to open the scoring, with Cole Sanford firing home a cross ice pass at 1:44 of the opening period.  With Slater Doggett in the penalty box for tripping, the Devils doubled their lead on the powerplay when Sanford fed Jake Cougher who beat Tyler Beskorowany to double their lead at 6:01.

The Giants pulled a goal back on the powerplay with Scott Conway burying a pass from Griffin Reinhart at 8:32 to make it 2-1, which is how the opening period ended.

At 25:57 the game was all tied at 2-2 after Ben Lake scored the Giants’ second powerplay goal of the game.  It looked like the game would remain tied up after 40 minutes of action, but the Devils had other plans.  At 39:39, Trevor Cox found Stephen Dixon wide open to re-establish the lead, giving the Devils a 3-2 lead heading into the final period. 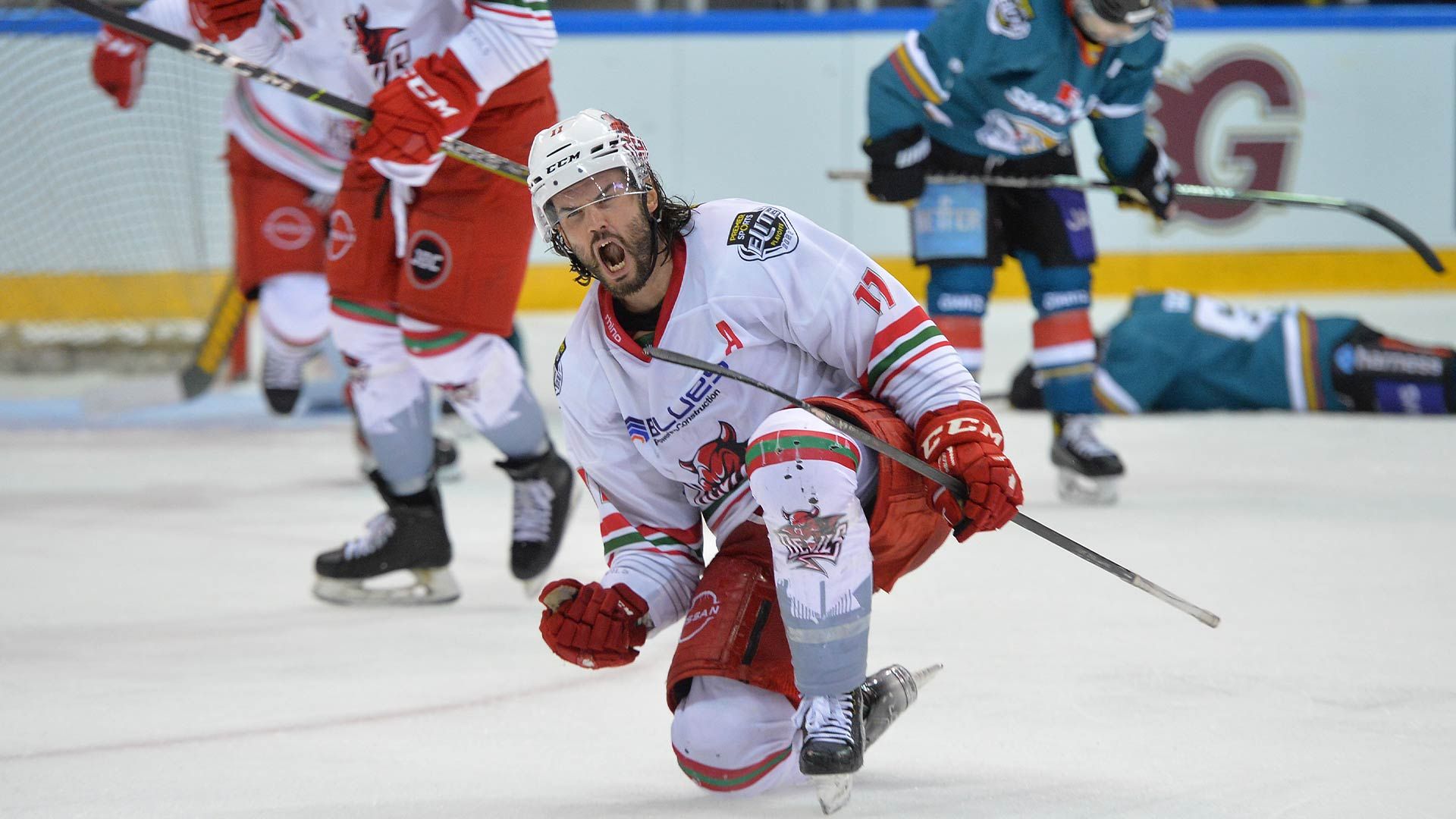 The Giants were called for Too Many Men early  in the final period and the Devils made them pay when Brodie Reid buried a cross ice pass from Josh Waller at 42:13 to give the Devils a 4-2 lead.  The Giants battled back with a powerplay goal of their own at 49:03 when Tyler Soy tipped in a shot from Darcy Murphy, which cut the lead to 4-3. 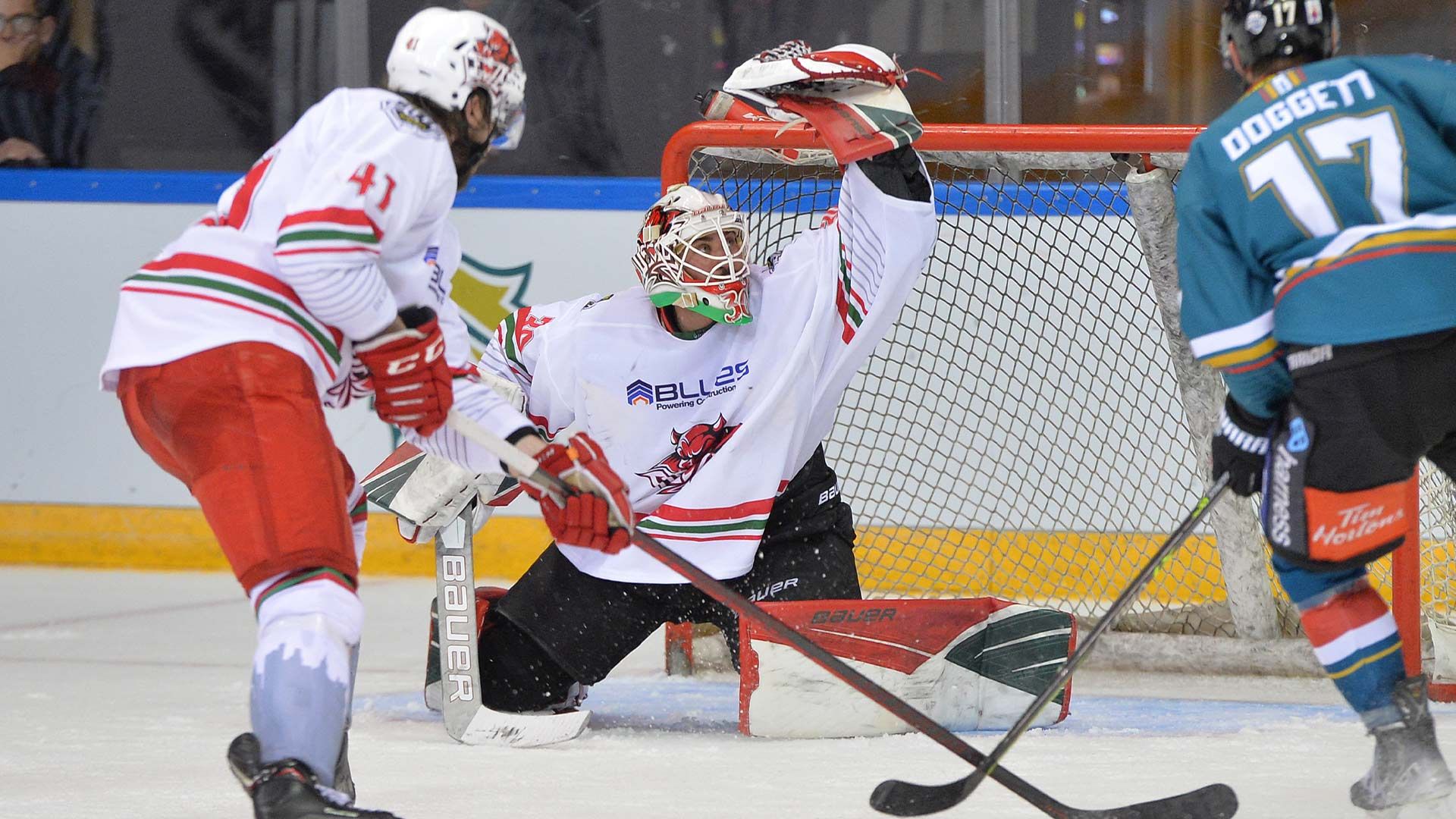 Pictured above:  Carruth makes one of his 31 saves (photo Dean Woolley)

The Giants piled on the pressure in the final minutes of the game, but Mac Carruth stood tall in net for the Devils.  With just under 3 minutes to play, the Giants pulled their goalie.  Despite some great chances to even the score, it was the Devils who scored next with Trevor Cox firing the puck the length of the ice into the empty net to make it 5-3 at 58:09. 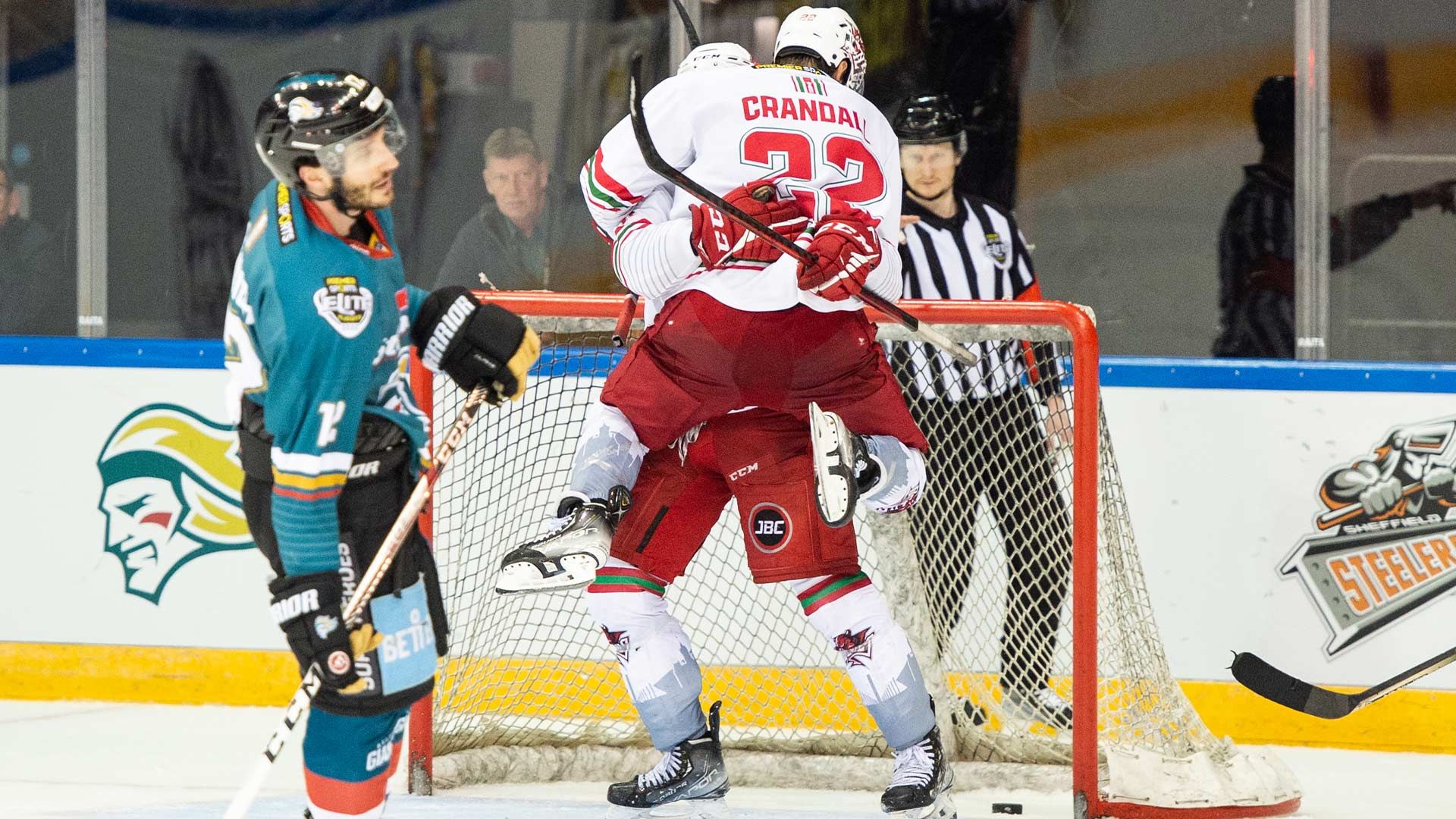 Pictured above: Crandall jumps into the arms of Lammon after his empty net goal (photo James Assinder)

Josh Lammon put the icing on the cake with another empty net goal, giving the Devils a 6-3 lead and sending the Devils fanbase into a frenzy of celebrations at 59:19.

The Playoff Championship is the third Playoff Title in a row for the Devils after winning in 2018 and 2019 before the 2020 playoffs were called off. 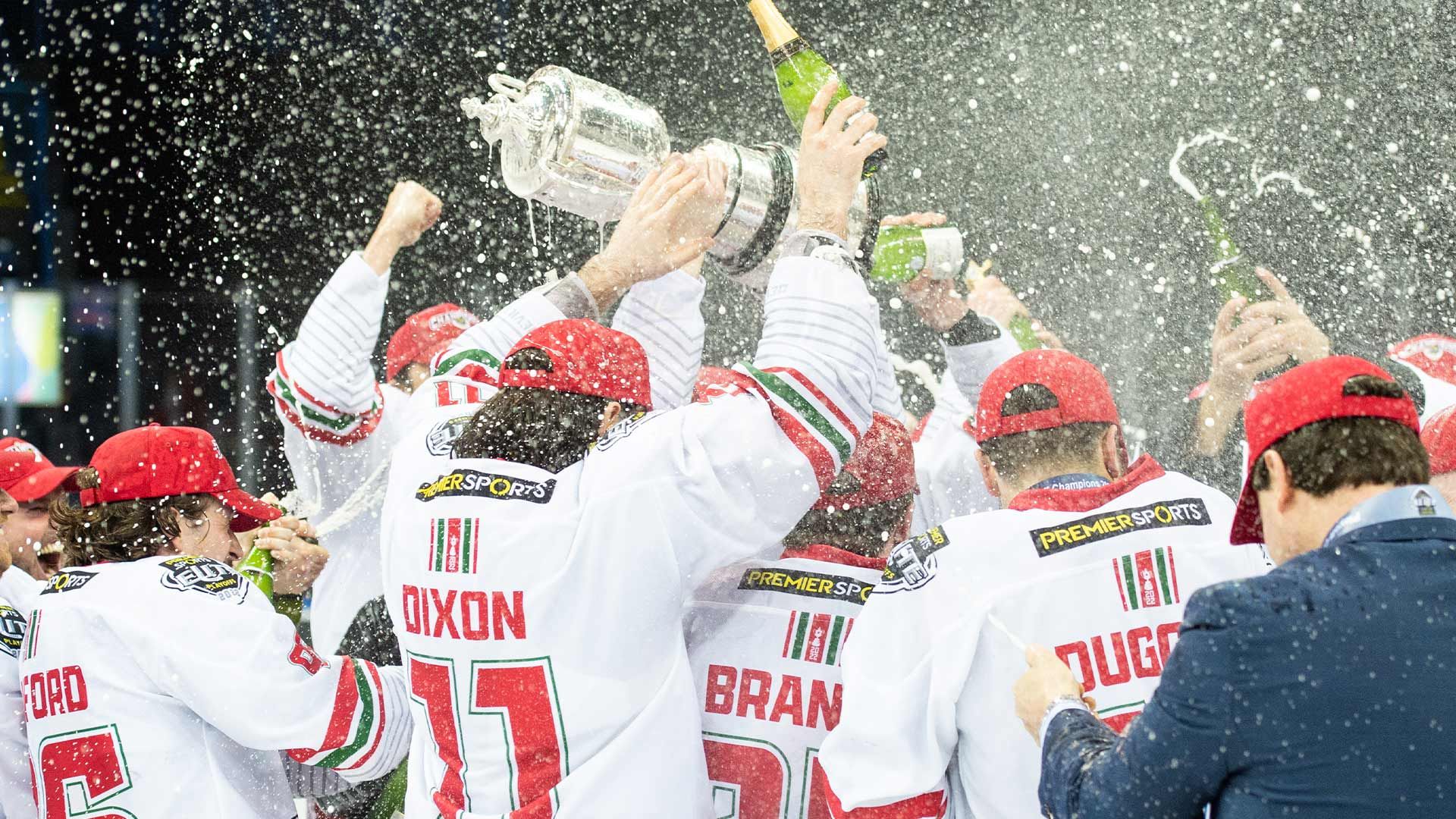