Adam Morrison was back in net for the Dundee Stars after missing several weeks with an upper body injury.  Mac Carruth got the start for the Devils and was near perfect, stopping 25 of 26 shots he faced. Pictured Above: Carruth had another solid night in the Devils' net (photo Dave Williams)

The Devils opened the scoring at the 7:36 mark of the first period.  The play was started by Stephen Dixon who tapped the puck back to Mark Richardson at the blueline.  Richardson’s slap pass found Justin Crandall in front of the net for an easy tip past Morrison to make it 1-0. 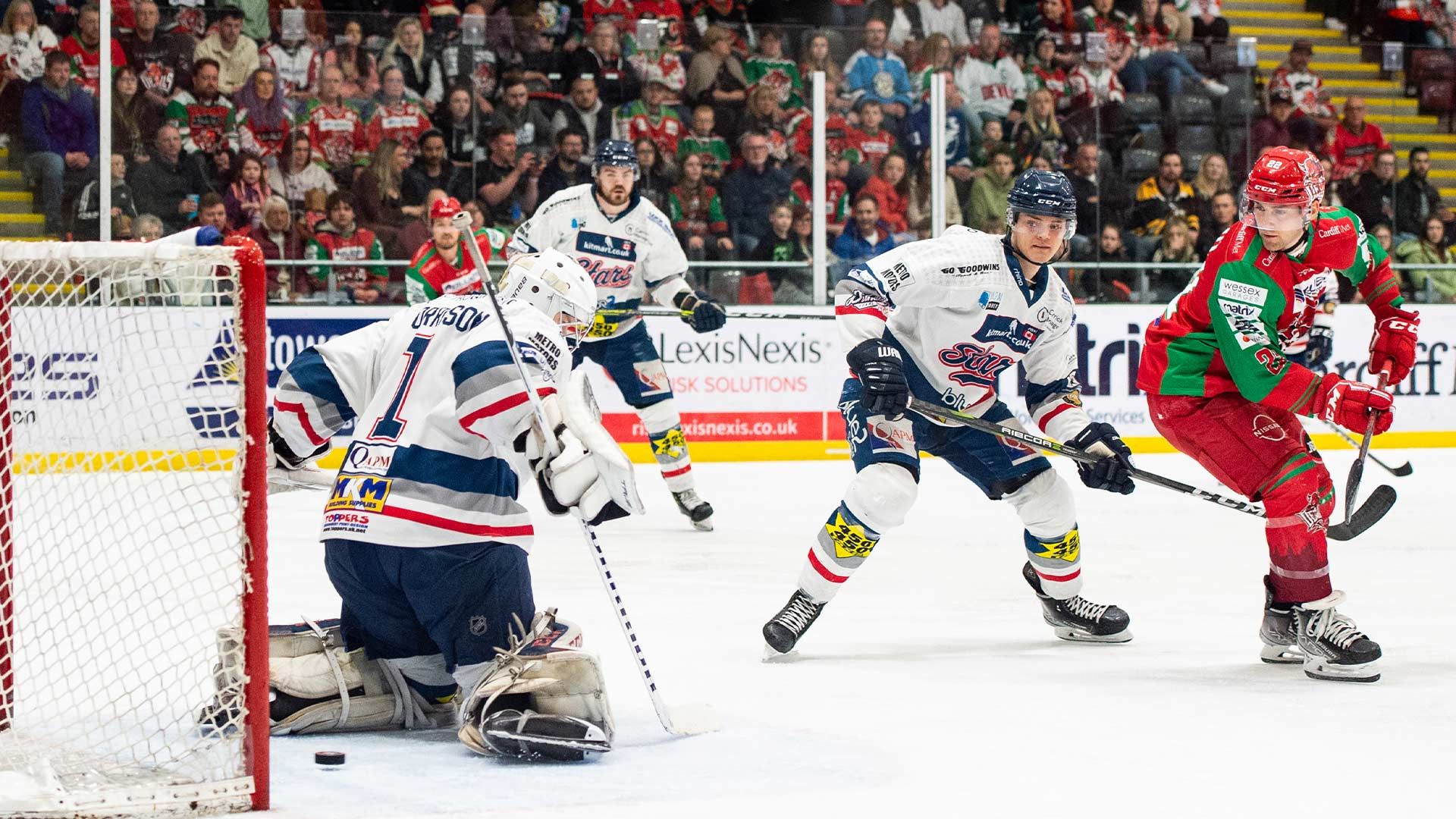 Pictured Above: Crandall tips in the shot from Richardson to make it 1-0 (photo James Assinder)

The Devils held the narrow lead to the midpoint of the game, but a slick individual effort from Dundee’s Charlie Combs tied it up at 1-1 at the 29:07 mark of the game. Right after the puck dropped, the Devils were headed onto the powerplay after Timi Lahtinen was called for slashing. The Devils made them pay with Stephen Dixon hammering in a rebound after Brodie Reid was initially stopped.  The goal came at 29:43 and the Devils had regained their lead. 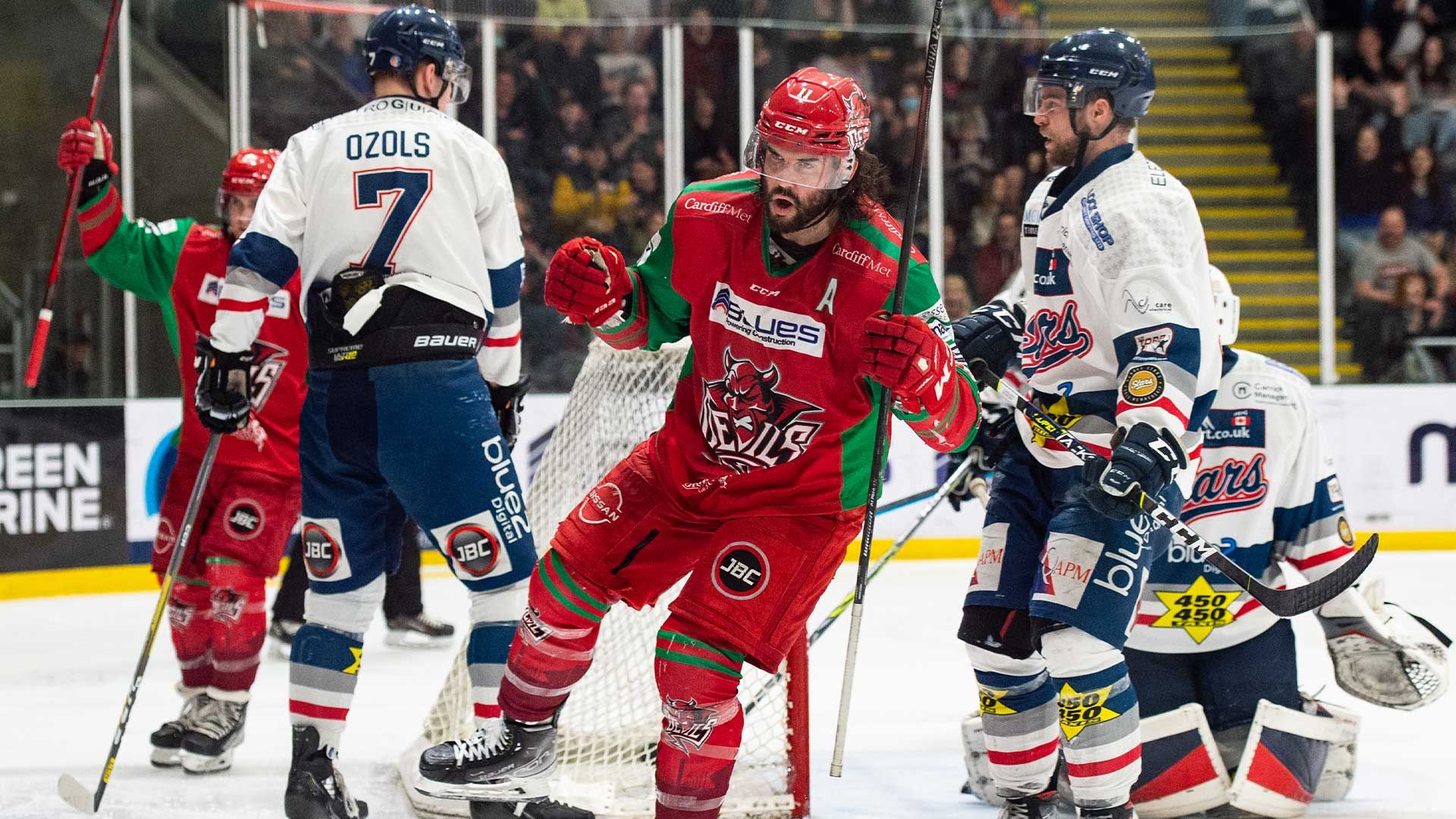 It's not often you see two high scoring forwards drop the gloves, but that is exactly what happened at 30:39 when Combs and Trevor Cox got  into it, with both sitting for 5 minutes with fighting majors. 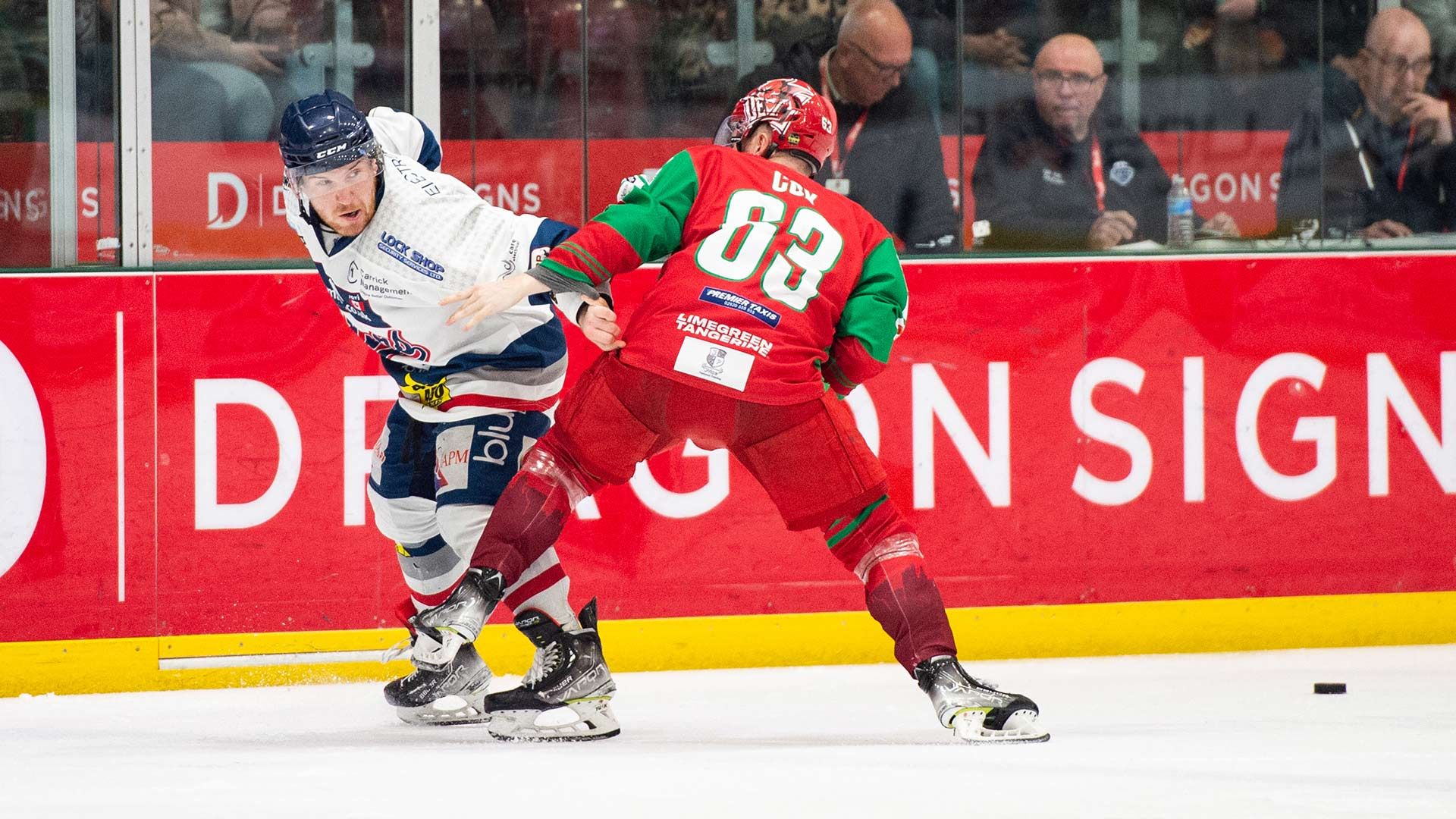 At 36:14, the Devils had their second powerplay goal of the night when Cole Sanford took a pass from Brendan Mikkelson and wired it across the ice to Jake Coughler who hammered in his first of the evening.  Less than two minutes later, Coughler dangled around a Stars defender and Morrison to put the Devils up 4-1 with his second goal in 109 seconds. 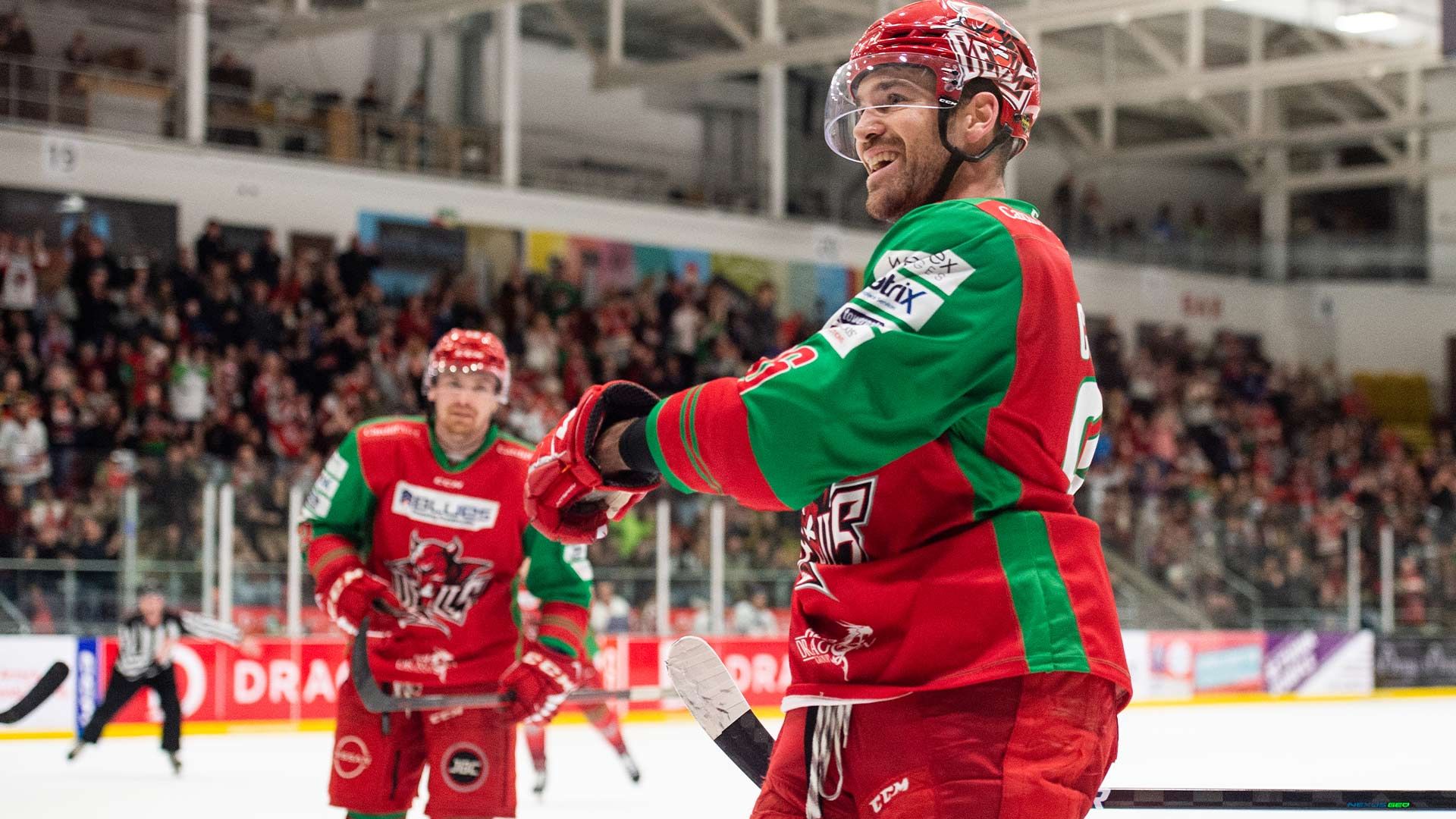 The third period was uneventful on the scoresheet with no goals from either side.  The teams traded powerplay chances, but both failed to convert.  The Devils penalty killers were perfect on the night, killing all three opportunities for the Stars while the Devils' powerplay went 2 for 5.  Jake Coughler was a deserving Man of the Match with his two goals.