Brodie Reid has inked a deal for another season in Cardiff.  The 32 year old forward led the Devils in goals with 39 in 68 games and also tied for the overall lead in points with 75 in all domestic competitions (League, Challenge Cup, Playoffs).

He finished in the top four goal scorers in the league last season and seventh overall in points. He also was fourth in powerplay goals in the league with 10, which also was top for the Devils.  He was voted onto the EIHL’s Second All-Star Team, which is selected by the coaches and GMs around the league. 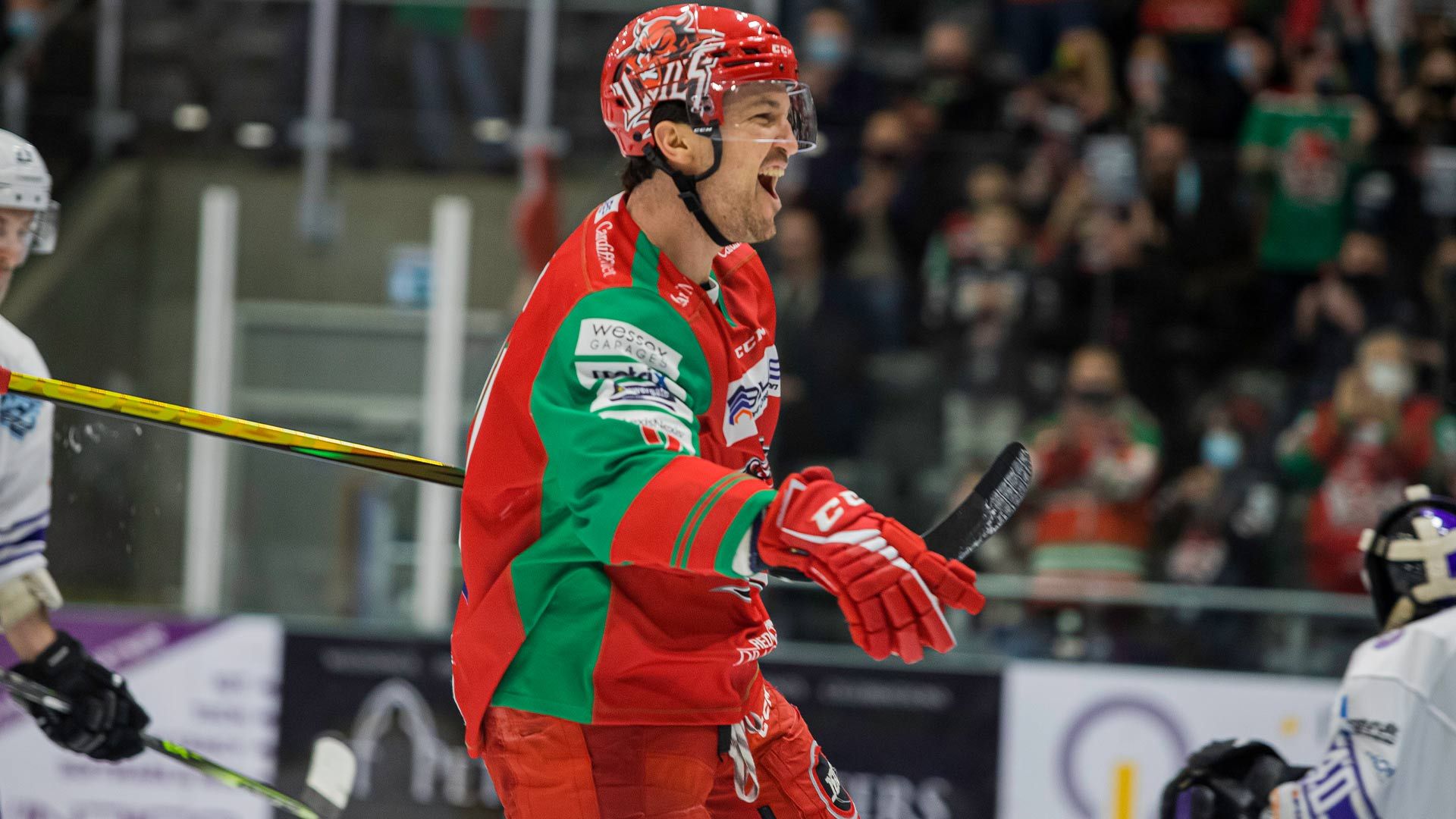 Reid spoke about signing back with the Devils:

“Last season was a great experience and I never considered going anywhere else.  My family and I absolutely loved our time in Cardiff, and we are all excited to be back again.

“The playoff win was my first pro championship, and I am hungry for more.  I think the group that we are putting together is going to compete for everything and I am pleased to be a part of it again.” 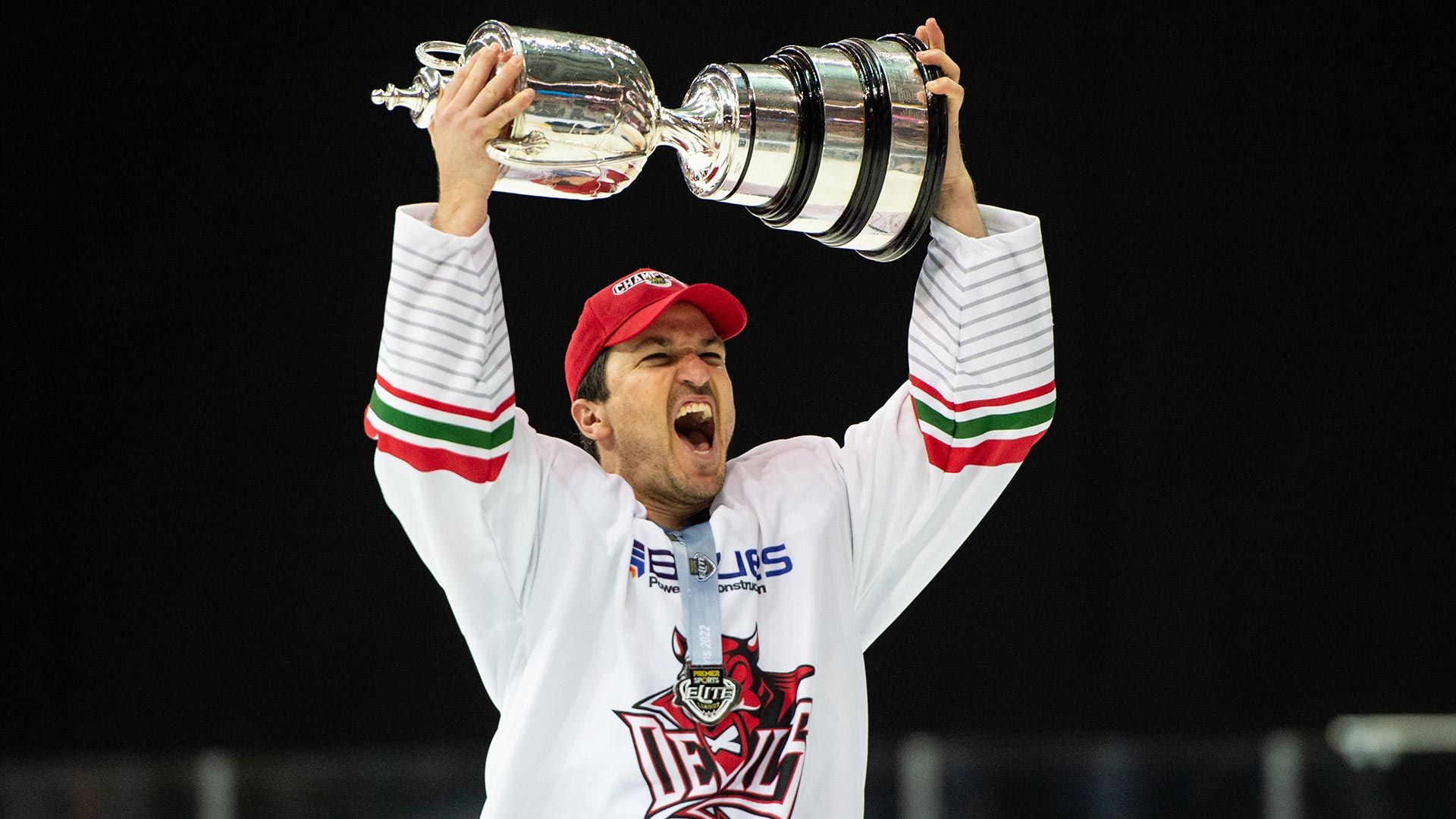 Pictured above: Reid with the Playoff Trophy (photo James Assinder)

“This was a no-brainer.  He led our team in scoring, he is one of the best goal scorers in the league.  He is deadly on the powerplay, and he is a leader on and off the ice.

“Reider is a great teammate, which is such an important part of the culture here in Cardiff and now that he has won something, he wants to do it again.”